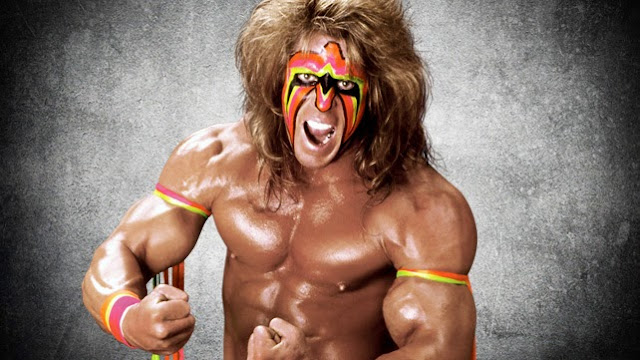 The Ultimate Warrior, iconic WWE wrestler, passed away last evening suddenly. He had recently come back into the wrestling fold and seemed to have exorcised a lot of the demons surrounding his tenure there.

This isn't a wrestling blog, but I highlight his death for two reasons: One, he had one of the great intro themes of all time, one that went right along with his energy and action in the ring as well as being so obviously a product of its time in the late 1980s.

Two, because it reminded me of the Warrior's participation in a Phil Collins music video. Maybe you don't have the nostalgia for Phil Collins that I do, but that's fine. Look out for Gilbert Gottfried as well!


Rest in peace, Warrior. My childhood wouldn't have been the same if you weren't part of it.
Posted by Jeff Raymond at 12:36 PM