Allegra Krieger - "The Push and the Pull"

Hailing from Brooklyn, Allegra Krieger has released a new single, "The Push and the Pull." It is an incredibly simple and beautiful indie folk song. Krieger isn't rewriting the rules of songwriting or the genre of indie folk. There's a lot that is familiar here... but that's perfectly ok. "The Push and the Pull" is one of the most gorgeously compelling songs you've heard all year. In its simplicity, you're sucked in by Krieger's vocals, which are simply stunning. As you listen a few times, you start paying more and more attention to her songwriting. This is a masterful song that truly demands your attention.

You can listen to "The Push and the Pull" below. The single is available now via Northern Spy Records. For more on Allegra Krieger, check her out on Facebook.

Here at If It's Too Loud... we bring you music we truly love. Typically that falls into the indie rock, folk, punk, garage rock, etc world, with occasional trips into the world of hip hop and pop. One thing we don't cover that much is metal, but every so often something slips into our consciousness that we simply have to bring you.

Right now that is Boston's Stormstress. Led by identical twin sisters Tanya Venom and Tia Mayhem and joined by Maddie May Scot on drums, Stormstress is a powerhouse trio that rocks huge metal riffs. Their latest single, "Paint the Mask," is a huge rock song that rarely gets made these days. It's incredibly theatrical, like Alice Cooper and Meatloaf levels of theatrics, which is really rare in music these days. "Paint the Mask" is great if you loved early The Darkness but wished they weren't so ridiculously silly.

You can watch the video for "Paint the Mask" below. For more on Stormstress, check them out on Facebook. 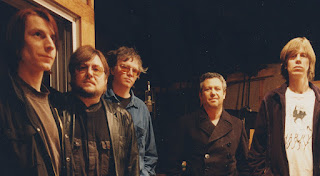 If you've never seen Todd Haynes's fantastic 1998 film Velvet Goldmine, you truly owe it to yourself to do so. It's basically a David Bowie biopic without licensing. Once you watch the film, you're going to need to check out the soundtrack. In addition to the classic songs of the period, it also included a song by Wyde Ratttz. Wylde Ratttz stood in for The Stooges, and consisted of Ron Asheton (The Stooges), Mark Arm (Mudhoney), Mike Watt (Minutemen), Don Fleming, Jim Dunbar, Sean Ono Lennon, and Sonic Youth's Thurston Moore and Steve Shelley. They did a cover of The Stooges's classic "T.V. Eye" that made me desperate to hear more. Alas, there was no more.

Until yesterday. Apparently the band got together to for a second session that included originals and a cover of The Pretty Things. You shouldn't even be reading this any more. This is pure gold, and I can't believe this has been sat on for over twenty years. This is a supergroup to end all supergroups featuring the biggest grunge/protopunk/punk/experimental legends of all time playing some killer protopunk/garage rippers. Do yourself a favor and check this out.

You can listen to Mark Arm sung "Hollow" below. You can (and will) get a copy of Wylde Ratttz's album via their Bandcamp. And then join me in hoping for a reunion tour.

Our excitement continues to build for the upcoming album from Jess Williamson, especially with the release of her latest single, "Infinite Scroll." The new single is more pop than I normally like, but I could get more into the pop world if it was like Jess Williamson's music. "Infinite Scroll" has a laid back groove to it. It's standing on the line between pure pop music and roots, straddling equally in each without committing to either. This song feels like what it would sound like if Caroline Rose stayed in the Americana world a bit more while exploring dance music.

You can watch the video for "Infinite Scroll" below. Jess Williamson says of the video:

“We shot this video in early February, when the Coronavirus was a distant murmur and not an immediate threat here in the US. It was lurking in the ether though, and of course on some level we were aware of it, but we couldn't have imagined at the time where we'd all be today. But something was clearly tapping on our subconscious minds, because we made a video about running away from this world and escaping to another planet. Which sounds like a pretty nice option at the moment. "Jim [Larson] and I came up with this idea of a runaway bride with an extraterrestrial twist. The dress I'm wearing is my mom's wedding dress. She bought it in 1979 off the rack at Neiman Marcus in Dallas. The veil is hers as well. Her mom sewed every pearl onto it by hand. It felt really special to wear that dress, almost holy. The first time I put it on it was surprisingly emotional for me. Jim and I are both drawn to the landscape of the Southwest, and we were talking about the musician Jim Sullivan's mysterious story, how he disappeared in the desert in New Mexico. I've spent a lot of time in New Mexico, it's a place that's near and dear to my heart. It felt right to make the video out there."

Sorceress, the new album from Jess Williamson, will be out May 15 on Mexican Summer. You can pre-order the album here. For more on Jess Williamson, check out her website. Current tour dates are below the video. Fingers crossed for these. 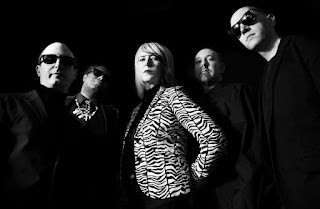 It's pretty obvious we're huge fans of classic garage rock here at If It's Too Loud..., especially if it's mixed with psychedelia. If you're like-minded, the latest from NYC's The Electric Mess will be perfect for you. "City Sun" is described as a "dystopian proto-punk ripper." It also might be perfect for the bizarre times we're living in, as even though it's dystopian, there is something unmistakably positive in the song.

Esther Crow (vocals, rhythm guitar, percussion) explains the song: " 'City Sun' is a dystopian tune I wrote about a year ago. It has some surf elements but also a post-punk vibe, and then a slower, psyched out part with theremin (synth)... I think the overall feeling that most of us are experiencing under the current situation and events is what prompted me to write it... It specifically refers to the New York City sun, and the setting of the sun/entrance of "the shadow" is a metaphor for the end of the world (as we know it? or...entirely? It's your guess!). Though the song is dark, and times have gotten even darker than when I wrote it a year ago, there's a desperate clutching at HOPE and LIGHT too. The lyrics during the slow/synth part, "what more can I do, here, to keep the light on...in my mind?" reflect a yearning to dig deep inside and stay positive, even though the outside world keeps hurling challenges at us. Ultimately, defeating the darkest elements will depend on fearlessly standing up to evil, and conquering it with love and light. I believe we can do this!"

Prateek - "All the Stars"

Boston's own Prateek is one of those artists we feel obligated to bring to you. He deserves far more attention than he gets, and he's going to explode if he's ever given that attention. His latest single, "All the Stars," is the kind of song that demonstrates this. It's a mainstream acoustic folk song. Your mom would hear this and decide it's nice. You could hear "All the Stars" in literally every coffee shop in America. But, unlike most music that your mom finds nice and gets played in coffee shops, this song is incredibly good. Prateek has this quality that I can't describe that is just so captivating. It could be that is voice, while fitting this genre of music perfectly, has a unique vibe to it that sets it apart and sucks us music snobs in. It also doesn't hurt that Prateek can write a hell of a song.

You can listen to "All the Stars" below. For more on Prateek, check out his website.

Email ThisBlogThis!Share to TwitterShare to FacebookShare to Pinterest
Labels: all the stars, Ken Sears, prateek

It's been far, far too long since we've had new music from Vermont's finest purveyors of garage rock/proto-punk. Luckily, Rough Francis are back with a new song and upcoming album. "Deathwire" is exactly what we expect and want from Rough Francis: It's loud, it's fast, and it's that perfect proto-punk sound that could come from 2020 or 1968. One thing is definite: Rough Francis have just been festering and anticipating their return as much as we have. Right from the first burst of fuzzy guitars, "Deathwire" is the sound of a band that's been desperate to bring us all the rock. It's a breakneck song that just floors it for all three minutes.

You can listen to "Deathwire" below. Urgent Care, the upcoming album from Rough Francis, can be pre-ordered here. For more on Rough Francis, check them out on Facebook and Bandcamp.

Starpainter have created an impossibly laid back song with "Mark of Cain." It exists in the quieter side of power pop (without being a ballad) but leaning a bit more towards pop. There's also just a little bit of a country/Americana twang to the guitar. It's a completely compelling song that draws you straight in. "Mark of Cain" has that Song of the Summer feel and a truly familiar sound that you can't quite place.

You can listen to "Mark of Cain" below. Bury Me By My Family, the upcoming album from Starpainter, will be out May 29. You can pre-order a copy here. For more on Starpainter, check out their website.

Email ThisBlogThis!Share to TwitterShare to FacebookShare to Pinterest
Labels: bury me by my family, Ken Sears, mark of cain, starpainter

According to the band, "Athlete" is the most "rock and roll" song off of Why Bonnie's upcoming EP. It's definitely a rock song, but "Athlete" is much more groovy than just being a pure straight up rocker. It has quiet, almost dream-like moments mixed with some heavier psychedelia. It's almost like a dream-pop meets garage rock song, or  garage rock light (and I mean that in a good way). It's a song that has beautiful moments mixed with moments that just rock... and are still quite pretty, to be honest.

You can watch the video for "Athlete" below. Voice Box, the new EP from Why Bonnie, will be out April 10 on Fat Possum Records. You can pre-order a copy here. For more on Why Bonnie, check them out on Facebook and Twitter. 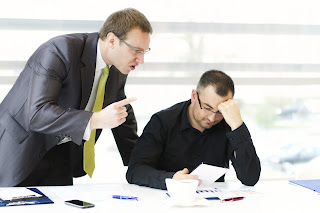 One of the perks of working from home in these perilous times is blasting the music that would probably get you sent to human resources if you did so in the office.

So here are 22 songs to do exactly that.

Posted by Jeff Raymond at 7:01 AM No comments: