So sue me, I decided to go to bed early on the last off-day for the World Series instead of share this week's new releases early. Like it matters, you're only listening to one of the new things this week anyway... 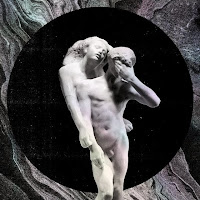 Arcade Fire - Reflektor: The last Radiohead album I really truly enjoyed was Amnesiac, although Hail to the Thief had its moments. A year after Hail to the Thief, Arcade Fire released Funeral, which was one of those indie albums that really served as a launchpad for a new indie movement and pushed the artsy Arcade Fire to unexpected heights. Reflektor is the fourth album from the band, and it feels really Big and Important, which is all well and good, but it's kind of interesting that the band has kind of taken the "somewhat accessible artsy indie sensibility" torch away from Radiohead in the last decade. Each of their albums feels a lot more grandiose than the last, and Reflektor, technically a double album in a world where that means very little, is the height of this. Those who find Arcade Fire to be overly pretentious will not be swayed otherwise by this one. Those who think they're making the most interesting music on a whole other level will find a lot to love in the new album. For me? It's an excellent, albeit somewhat long, cohesive unit, without a lot of memorable individual songs because of how well everything links together. It's definitely not the best release of the year, but in terms of importance and impact, it may as well be. Fan or not, you owe yourself a listen. 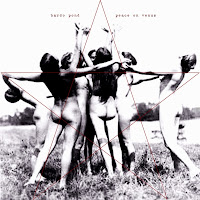 Bardo Pond - Peace on Venus: Our journey through album cover nudity continues with Bardo Pond's latest EP, Peace on Venus. Both Ken and I saw this band open for Sonic Youth back about 10 years ago, and I'm glad to see that I still enjoy them quite a bit. The EP is close to 50 minutes long, with some significantly long songs that don't feel long, and is probably a decent entry point if you're unfamiliar. 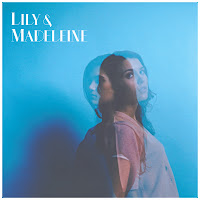 Lily & Madeleine - Lily & Madeleine: My favorite release from this week is this debut album from Lily & Madeleine. I get a significant First Aid Kit vibe from them, mostly due to the folky atmosphere and gorgeous harmonies, but this is actually probably more polished and accessible than the sometimes-raw First Aid Kit. There's a lot to love about this album from start to finish, and whoever is doing the signings over at Asthmatic Kitty deserves a raise. Quite possibly a top album contender for this year. A quiet, understated affair that deserves a much wider audience than its likely to get. 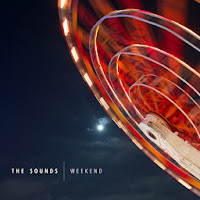 The Sounds - Weekend: I've been a fan of The Sounds since I found Living in America in a discount bin sometime in 2003. The band has moved away a bit from the dance rock that turned me onto them, but they're usually good for a handful of solid anthemic rock songs on each album. While Weekend lacks the sort of "No One Sleeps When I'm Awake" killer track on first listen, it's still a solid, pleasant experience from start to finish, the sort of quality release I've come to expect from the band. Definitely worth a look if you've been off the train or looking for a new band to check out. Not their best, but still excellent.
Posted by Jeff Raymond at 5:00 PM