First Listen's new home is officially on Thursdays for the foreseeable future. Hope that works out for everyone.

Meanwhile, a lighter-than-normal week with a lot of interesting options. 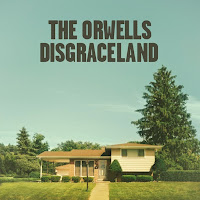 The Orwells - Disgraceland: All hail power pop! Easily the best release of the week, The Orwells have a second album that is just a great power pop record from top to bottom. I didn't realize how much I was looking for something like this until midway through the second song on the album, and nearly everything feels like a winner so far. Really a solid listen for anyone reading this. 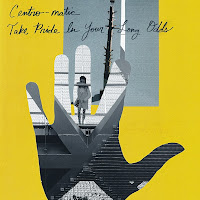 Centro-matic - Take Pride in Your Long Odds: I feel like Centro-matic has been around for ages, and they've always existed on the fringes of my musical existence. The new album is good, it's solid indie rock as you'd expect it to be, I think. A little off-center, still melodic and interesting. I keep waiting for some sort of leap that never seems to come, which might be the only downside, but overall, a perfectly solid album worth a listen. 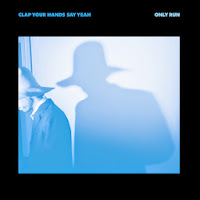 Clap Your Hands Say Yeah - Only Run: I haven't paid much attention to Clap Your Hands Say Yeah since 2007, so it looks like I missed some stuff along the way, but I must say that the band has come pretty far since the days of their blogtastic debut and "Satan Says Dance." The new album is a really interesting, cohesive effort, the collaborations here and there don't feel forced, and it really re-asserts the band as an indie band worth paying attention to. What that means for the future, I don't know, but for now we should be giving this the proper chance. 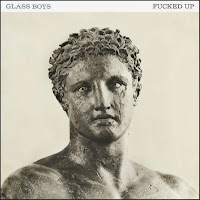 Fucked Up - Glass Boys: I was talking to a friend last week about these bands that use ridiculously unnecessary profanity in their band names, and now this album comes out. I'm no prude and I'm trying to keep my cursing on the courts of my competitive sporting endeavors, but musically, this album feels like a hardcore album I wouldn't expect to hear from Matador. For what it is, it's good, but it's also not my style. 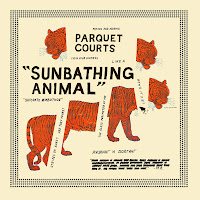 Parquet Courts - Sunbathing Animal: Ken has been a major booster of Parquet Courts here in the past, and I can't say I've really liked them so far. I'm not sure what it is, but they never caught my ear until the new album, Sunbathing Animal. It's a perfect mix of indie rock with some nice punk sensibilities stirred in for good measure, and the album balances out pretty well from start to finish. If you've been on the fence or haven't felt like they've gotten to you yet, you need to give this album a listen. I'm pretty sure you'll be pleasantly surprised. 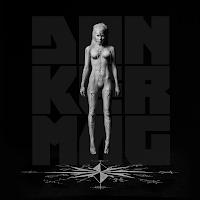 Die Antwoord - Donker Mag: I'm going to be up front here - I really only put this album into the weekly rotation to see how far I'd last. So much of their music is purposefully abrasive, even their singles, that I really assumed the new album would be a similar experience. I am thus very surprised to note that the album is very good. It's not terribly abrasive (outside of the sketch material) and the lead single, at least, is pretty great. I recognize that this won't be for everyone, and you might know for sure within the first few minutes, but if you've written this band off already, it may be worth a reconsideration. 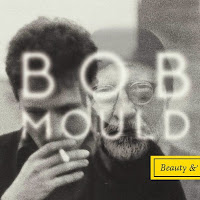 Bob Mould - Beauty and Ruin: Back when I was first getting into indie rock, I had a few friends who were very partial to Bob Mould and Sugar, specifically File Under Easy Listening. I confess that I was never able to fully get into that album, but the warm feelings I get when I think of Sugar persist even now, thus my pulling out the new Bob Mould. I went in with no expectations whatsoever and came out with a firm appreciation for someone who is really at "legend" status in indie circles and can still put together a really strong song. There are a number of really great listens on this new album, and there's definitely something here for fans and newcomers alike.
Posted by Jeff Raymond at 7:30 AM