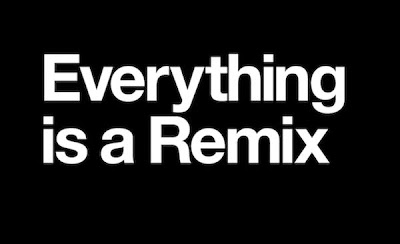 I love a good remix, so today I'm offering up 20 of my favorites. For best results, throw it on shuffle, crank up the volume, and get something done while you're grooving. With many of these, there may be some language you'd want to avoid, so there's your warning.

Ellie Goulding - "Lights" (Bassnectar remix): One of the few appearances of modern dubstep on this list, I do feel as if this version of "Lights" is also superior to the original, leaving the basic melody and structure intact while adding an element of urgency that the original lacks. This largely put Goulding on the map, so there's certainly nothing wrong with this.

Yelle - "Comme Un Enfant" (Freaks Radio mix): I confess to only knowing Yelle because of a series of really bizarre internet videos, but I've truly come to love what she does. I don't understand a word she's saying, either, but that doesn't matter. This is one of my favorites of her remixed versions.

Florrie - "Call 911" (Fred Falke remix): I found this song through Spotify radio ages ago, and the remix turns it into a pretty basic club anthem, and it just works for me. I love this song.

Gorillaz - "19-2000" (Soulchild remix): While I was unsure as to whether the Beastie Boys remix ever became a single, I know that this version of "19-2000" was the one that hit the radio. It really should have been the album version, as the version on their debut was really kind of plodding and slow. This makes it feel like a fun club song.

Groove Armada - "I See You Baby" (Fatboy Slim remix): Again with the Fatboy Slim, this (I believe) was in a car commercial at some point. Regardless, this version is much more danceable and fun than the original, and I think it's just better across the board.

Janelle Monae - "Tightrope" (Wondamix featuring B.o.B. and Lupe Fiasco): What can I say about this remix? For one, it has Lupe Fiasco in it, which is great. For another, Janelle Monae drops a fairly fun rap verse. For a third, the funk/soul aspects of the original are put aside in favor of a stuttering beat that, while perhaps not superior to the original, is different enough to offer a whole different take on Monae's breakthrough track. I love this.

Morgan Page featuring Lissie - "The Longest Road" (Deadmau5 vocal remix): This remix of the Morgan Page/Lissie track from a few years ago gets a bit more of a beat and some interesting happenings along the way. I love this song anyway, and I find this remix to be an interesting one.

Shirley Bassey - "Goldfinger" (Propellerheads remix): Shirley Bassey is a national treasure, and she experienced a sort of resurgence when Propellerheads used her on "History Repeating" back in the 1990s. They also remixed a handful of her Bond themes, and this one is a personal favorite of mine.

R.E.M. - "King of Comedy" (808 State remix): I understand that I'm cheating a bit by including this yet again after putting it on a mix a few weeks ago, but it fits. Yes, it's still dated. Yes, it's still good.

Cornershop - "Brimful of Asha" (Norman Cook remix): If I had to choose my favorite remixes, this would absolutely be at the top. There's an extended version out there that's even better, but for this purpose, it'll do. The original song is still in there, but it's barely recognizable in a sense, which might be what makes it great.

Florence + the Machine - "Dog Days are Over" (Yeasayer remix): This is admittedly a weird one, but I still like it. It makes for a very strange tonal version of the hit song, and that it's Yeasayer doing the remix is a little weird as well.

30h!3 featuring Katy Perry - "Starstrukk": I'm cheating a little bit in calling a radio remix featuring a pop star as a remix, but, compared to the original, there's no contest. This is more polished, more fun, and I still hate that 3oh!3 has kind of lost their touch a bit.

Lady Gaga featuring Beyonce - "Telephone" (Passion Pit remix): The idea of Passion Pit remixing Lady Gaga and getting it commercially released is kind of shocking. You hear the Passion Pit influence almost immediately, and it's a pretty interesting remix on a whole.

Fatboy Slim - "Star 69" (Rogue Element remix): If you've listened to the other Fatboy Slim songs on here by now, you know what you're getting. I've always been drawn to this one as well, it's just a fun party track.

Jenny Owen Youngs - "Woodcut" (Age of Rockets remix): This is probably one of the few non-dance tracks on this mix, as it takes a sad-sounding folky song and turns it into a really interesting audio soundscape. One of my favorite remixes.

Au Revoir Simone - "Dark Halls" (Best Fwiends remix): Au Revoir Simone does a lot of keyboard-specific stuff already, so to have a bit of a glitch beat thrown behind one of my favorite songs of theirs is hardly a bad thing. They have a few remix albums out now, all of which are worth the time.
Posted by Jeff Raymond at 7:30 AM