If It's Too Loud... Interview With Suz Slezak 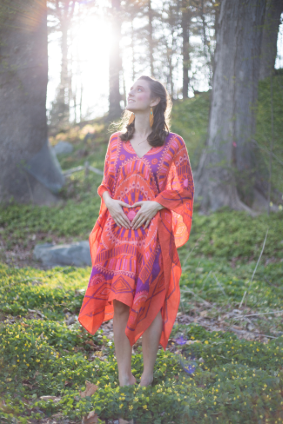 Being a huge David Wax Museum fan, I was thrilled to hear Suz Slezak had an upcoming solo album. Watching the Nighttime Come is being promoted as a lullaby album, but it's truly more. It's more of an album for kids that won't drive their parents insane, more of a kid-friendly album than a kid's album. It even includes a cover of Leonard Cohen's "Hey, That's No Way to Say Goodbye." I recently jumped at the chance to ask Suz a few questions via email about the new album, touring with a baby (and extended family), and what's next for David Wax Museum!

To pre-order Watching the Nighttime Come, head over to Suz's PledgeMusic page. You can find more information on her solo album release shows on the David Wax Museum tour page.


The first time I listened to the new album, I was surprised by how much ambient noise seemed to be happening in the background, almost like a noise rock album. Then I remembered that babies tend to be calmed by noise like that (vacuum cleaners, etc). Was that done on purpose?

I can't say I thought of that before making the album, but I will say I chose Josh Kaufman and Nate Martinez because I knew they'd make a record that sounded colorful, contemporary, and textured. I really wanted the sounds to appeal to young parents, not just kids. So it is my hope that all the vibey background noise makes it a rich listening experience, and one that will continue to appeal after multiple spins. Because as we all know, kids love repetition.

As your daughter gets older and more mobile, has touring become more difficult?

Oh no, it is getting better and better! Sure, she sleeps less in the car, but our friends in a band called Birds of Chicago told us it gets easier once they start walking. And we've found that to be true. She can explore so much more on her own, especially at rest stops, gas stations, and green rooms, which were not always the safest places to crawl. Her life is already so rich in experiences -- with new faces, new foods, new sights and sounds. Not to mention the gifts! We've been the recipients of so many gifts .  Just on this last tour she was given her first blueberries in Bryn Mawr, stickers from the radio station in Troy, a homemade crayon tote bag with a coloring book from a fan in Saratoga Springs, and got to hang out with 10-year-old triplets and their brother and their incredible Lego collection in New Jersey.  As she gets older she'll just get to appreciate this more and more, so we're looking forward to that.

With David Wax Museum, you're touring with your husband, his cousin, your dad (to help care for 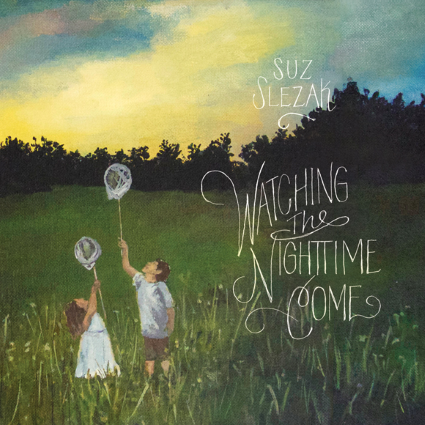 your daughter), and your daughter. It's almost like working with family combined with a family vacation. Does that ever get difficult?

You know, most people in the world live and work in close proximity with their families. So we try to embrace this model. We are so lucky that our families want to be involved in our work. And they are really helping to make it feasible. Yes, there are times when I feel bad about keeping my father up until 2am. And at other times he pushes my buttons like any parent. But overall, it is such a gift to have this time together that I don't let the little things don't bug me that much.

One of my favorite aspects of following you guys on social media is how much fun you seem to have on tour. As a fan, touring sounds like to much fun, yet so many bands portray it as a chore. How do you keep it so much fun?

You know, any job is a chore at times. Yes, the long commutes are tiring. And the late nights are tough, especially with a one-year-old. But truly, if the highs of the stage don't make up for that, you know you're in the wrong profession. The other paybacks are also huge. We are building the most incredible community around the country. We have played in 47 states and 10 countries around the world. And the new experiences, the foods we taste, the people we meet, the homes we stay in -- there's such a wealth of diversity, even right here in America. And we get to soak that up on every tour.

While most bands seem to always hit the same venues in the same cities, you always seem to be playing at new and unique venues. Is that done on purpose?

I wouldn't say it's done on purpose, but we do feel good about the range of fans that are drawn to our music. And yes it's true, the venues are unique! We've rocked out on the main stage of festivals in Canada to 20,000 people, played on a boat on the River Tyne in England, performed to students in an assembly in Shanghai, jammed out in a tree on the banks of the Hudson River, on a sinking dock in New Hampshire, at dive bars in Denver, in a library in New Jersey, in a 100-year-old one-room schoolhouse in Ohio, in huge churches in Boston [note: Their show at the Arlington Street Church in December 2011 was my best concert experience of all time - Ken]....I could go on since we've played over 700 shows since we started the band!

How much touring/playing out do you have planned for the solo album? Are there any more to come after this one?

So far we've just planned this three-day run to New York, Boston and Northampton. But if there's interest, we'd certainly be up for booking more. Let's see what the fans tell us!

When should we expect the new David Wax Museum album? Did you do anything differently for this one?

The album is done. It is gorgeous and sophisticated and FUN! And it should be out sometime this year. There are lots of new elements - but I'm going to wait until we're clearer about the release date to let any details out.

David Wax Museum has an evolving rotation of musicians. Do you plan tours around who is available or what kind of sound you want more?

We're very fortunate to have an incredible line-up of musicians who are part of The Museum and there are a number of factors that go into each tour line-up. We have had the same touring band for a year and a half and those are the guys that made the new record.

Has Calliope started gravitating towards any instruments yet?

Ha. Well, one of her first dozen words was "Gah!" (Guitar) and she definitely bops her head when we play new music. I taught her how to hit the jawbone last week. But we'll see. Neither of us wants to pressure her in any way. We'll see if she really has interest or if she runs in the opposite direction and becomes an investment banker.