Some blog favorites have releases this week, and there's yet another situation where there's not a bad album in the bunch. Why waste any more time? 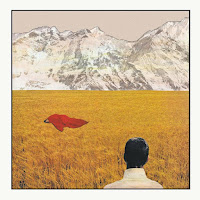 Lady Lamb the Beekeeper - After: Lady Lamb's previous album, Ripely Pine, was a top 10 album for both Ken and I a couple years ago, so to say this album was long-awaited would be an understatement. What I didn't expect is to like this one even more than Ripely Pine. The album is still left of center, to be sure, but the music itself has shifted toward a more accessible tone without sacrificing what makes it great. The first two songs alone really won me over, but it's the whole album, and the continued maturity growth of the songwriting that's ultimately going to make it continue being an album I listen to repeatedly. Far and away the album of the week, it will probably be discussed a few more times before this year is out at the very least. 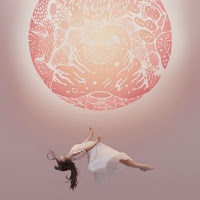 Purity Ring - Another Eternity: The indie electropop entry of the week is by Purity Ring, who offers up their sophomore effort this week. While I didn't quite love how their first album fit in, this one is much more along my personal mindset regarding what I expected. It's still a jarring, interesting listen with certain pop elements that keep it grounded, but it's still out there enough to be worth a good listen if you're up for something a little different. It's almost a shame this is being overshadowed by so many other releases this week. 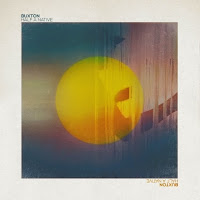 Buxton - Half a Native: Ken sent this one over to me, and doing a little post-listen research, it seems that this band is better known for a more rootsy sound than the more mainstream folk/americana that this album pushes forward. This is not a bad album by any stretch of the imagination, and it certainly has a number of moments, but it's also not doing a lot to make it stand out in the crowd. Perhaps it's a grower, but on first listen it's more of a pleasant rootsy piece that readers of this blog would certainly enjoy. 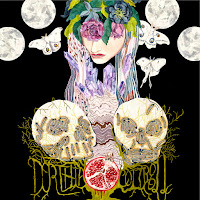 Dorthia Cottrell - Dorthia Cottrell: Ken also sent this one to me, noting that she is in a metal band and this is a folk album. Okay then. You can definitely hear the metal influences in some of the vocalizations and melodies, but, really, it's only there if you're looking for it (meaning I've ruined this album for a lot of people already). It's a good listen, though. Reminiscent of early Cold Specks in a sense. Worth a listen in any regard. 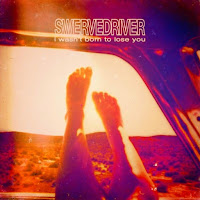 Swervedriver - I Wasn't Born to Lose You: Swervedriver hasn't had an album since 1998, and are widely considered one of the top shoegaze acts of their time. While this album doesn't sound very shoegazey to me in a modern context, the album does feel out of the 1990s in a similar way to the Juliana Hatfield Three album from last week did. It's definitely a time capsule of sorts, and one I both enjoy and need to spend a little more time with overall. Worth a listen for nostalgia purposes alone, never mind with how good the music is. 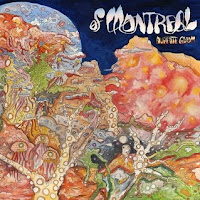 Of Montreal - Heretic Gloom: The trajectory of Of Montreal continues to be one of the more strange ones to me. Probably the second or third Elephant 6-related band I got into back in my indie music awakening so very long ago, I went from seeing them in clubs a quarter full to riding the wave of an Outback commercial and some semblance of indie popularity. With that popularity came a bit of an identity crisis, as the sort of perky indie pop moved to a more electronic sound, and then outright funk, and then stuff I can't even describe. If it's the last 10 years of Of Montreal you've loved, this album might be a little jarring, as it's the closest to the old, wonderful Elephant 6 stuff we've heard in over a decade. It's still not really weird by any standards anymore, but still weird for popular indie rock, and it's enough of a tonal shift where we might just see a new audience form from it as well. I'm long past my fandom with them to want to see a live show or anything like that, but it's really great to hear Kevin Barnes be Kevin Barnes again in some ways, even if the inspiration for this album is a little more tragic. Definitely recommended. 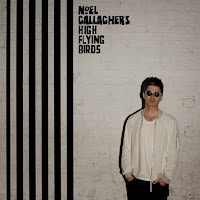 Noel Gallagher's High Flying Birds - Chasing Yesterday: Fine, I'll say it - Chasing Yesterday is the best Oasis album since Be Here Now. (No, I'm not counting the surprisingly great, indie-sounding Don't Believe the Truth because I still think it was an album that someone posed as Oasis for a while for some reason). I didn't mind the first High Flying Birds album, but it was still missing something, and now that Noel Gallagher might seem a little more content with where he stands musically, the result is the album we've arguably been waiting on for 18 years? I just really loved everything about this. Oasis was the first concert I ever went to, they've always had a soft spot in my heart anyway, and this album really brings me back. Absolutely worth a listen. 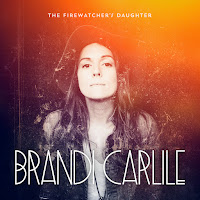 Brandi Carlile - The Firewatcher's Daughter: Part of what makes Brandi Carlile great is how chameleonlike she can be musically. She seems to slide effortlessly from pop to rock to folk to roots without really betraying anything, and it means she, very often, scratches that musical itch for me without trying. The Firewatcher's Daughter, in a sense, is her most rootsy record since getting some popular attention, but it doesn't stop being an accessible piece of what we might call adult alternative in some circles. A lot of good songs in there, some tongue-in-cheek moments, and we have Carlile arguably at her best. This one is going to be in rotation for me for a while, it's that good. Give it a spin.
Posted by Jeff Raymond at 7:30 AM