First Listen: New Releases for 10 May

Some solid listens this week: 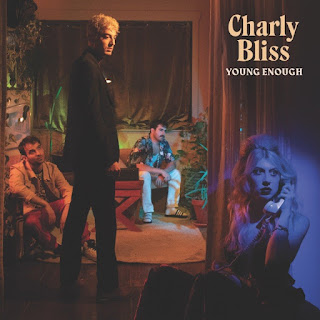 Artist: Charly Bliss
Album: Young Enough
Quick Description: Sophomore effort from a favorite here.
Why You Should Listen: Charly Bliss had one of the best records of the last few years, and this one has similar potential.
Overall Thoughts: Their debut, Guppy, was my favorite album of a couple years ago, so this follow-up has been a true highly-anticipated release for me. The early singles showed a lot of extra reliance on some keyboard/synth stuff that I didn’t love (given how much I loved their early sound), but still felt interested in, and the full album? It absolutely works. As a cohesive unit, the slight shift in sound lends itself to a different atmosphere in a full album that worked really well. So yeah, lead singles like “Chatroom” and “Capacity” get the added weight they seemed to lack in isolation, and “Fighting in the Dark” and “The Truth” act as counterbalances in a way that brought the whole thing full-circle. It’s likely to be a bit of a grower, but I’ll at least say that no album has had me thinking about it recently more than this one has, so going back to it should be enjoyable.
Recommendation: The best of the week. 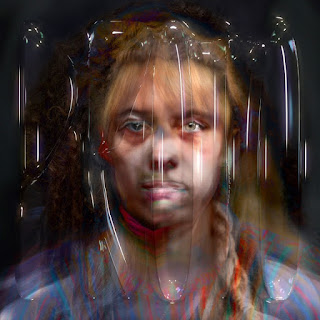 Artist: Holly Herndon
Album: PROTO
Quick Description: Future-forward electronic music from a well-respected artist.
Why You Should Listen: Even if you can't appreciate the music, the effort and thought put into the whole package are worth the time.
Overall Thoughts: Few electronic artists are like Holly Herndon, and you wouldn’t know it by listening to it. She has gotten some rightful buzz from her previous efforts, and this latest one just continues along the same lines of really striking, ever-present electronic music. This isn’t for everyone nor does it try to be, but in terms of a near-cinematic approach to her type of composing, there’s little else out there that can even come close.
Recommendation: Yet another great album from Herndon, so check it out. 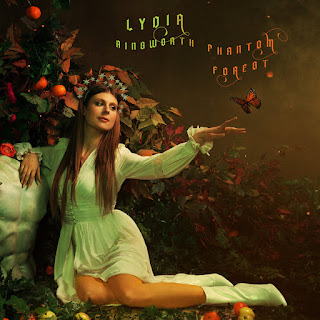 Artist: Lydia Ainsworth
Album: Phantom Forest
Quick Description: Beautiful concept album from a favorite here.
Why You Should Listen: Lydia Ainsworth has a unique approach worth everyone's time.
Overall Thoughts: Lydia Ainsworth has been doing a good job, over the last few releases, to really stake her claim on her little plot of musical land. This feels more accessible than her previous efforts, yet also much further out there in many regards. While no songs jumped out at first listen, the entire package had a surreal approach to it that I did not expect given its conceptual roots, and it’s one of my favorites this week. If Darling of the Afterglow was her putting a flag in the ground, this is her reconfiguring the flag into something really strange and powerful.
Recommendation: A great listen this week. 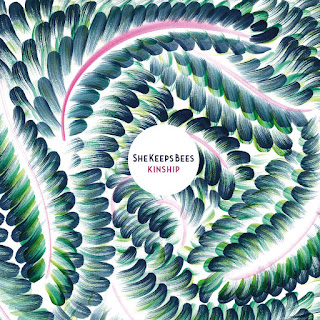 Artist: She Keeps Bees
Album: Kinship
Quick Description: Solid indie roots-ish music.
Why You Should Listen: They've been around for a while and this album feels like a hidden treasure.
Overall Thoughts: Truly, I would not have given this a second look if I wasn’t immediately transfixed by this act’s name. They’ve been around for well over a decade, and this duo makes a sort of indie, sort of folky, sort of bluesy album that never stays in one lane while deftly occupying multiple ones at the same time. It may have been “Breaking Weight” when I started texting people to check this one out, and not only will I be going back to this album sooner rather than later, but I have a whole back catalog of interesting stuff waiting for me as well.
Recommendation: A highlight this week. 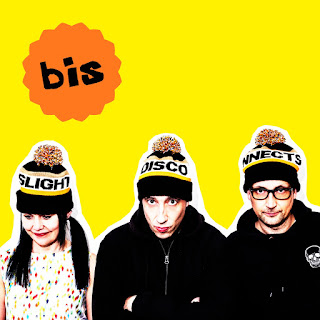 Artist: Bis
Album: Slight Disconnects
Quick Description: Indie faves with their first new album in five years.
Why You Should Listen: Bis is one of those legendary indie acts.
Overall Thoughts: Bis is one of those indie acts that has been around for ages and that I fully and completely missed the boat on. This came out a few months ago and we initially missed it, but listening now feels like something really and truly different, and they probably know it already. I have no clue how longtime fans may feel about this one, but as someone coming in fresh, it makes me want to see what I missed.
Recommendation: Worth your time.

* Bear Hands - Fake Tunes (don’t sleep on “Blue Lips”)
* The Skints - Swimming Lessons(Similarly, “Learning to Swim” is great)
* Rosie Lowe - YU
* Cold Wrecks - This Could Be Okay
Posted by Jeff Raymond at 7:30 AM