Every so often there are bands just destined to be joined together. The Queers and Screeching Weasel, Harry and The Potters and Draco and The Malfoys for example. The latest are Dad Brains and The Ramoms. 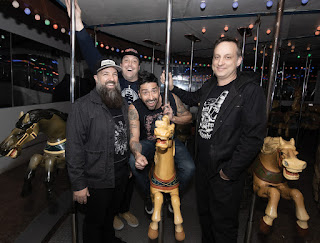 Dad Brains are a Ventura, CA based dad themed punk band. It includes members of No Motiv, The Missing 23rd, Creep Division, and The F-ing Wrath. They just released a video for their song "Father's Day." The song came about primarily since there aren't any other Father's Day songs out there. It's a thrashy, skater punk style song... about Father's Day. Is it great? Nope. But it's certainly not terrible. "Father's Day" isn't a song that's going to change anyone's life. It's silly fun, and isn't that what skater punk is all about?

You can watch the video for "Father's Day" below. Dadditude, the new EP from Dad Brains, will be out digitally June 7 and on vinyl June 14 on Pirate Press Records. You can pre-order your copy here. For more on Dad Brains, check them out on Facebook and Bandcamp. 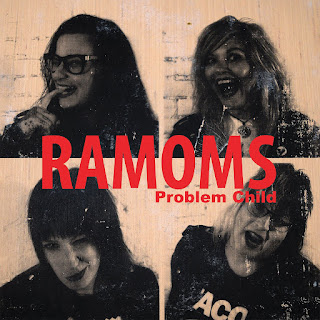 Next up is Philadelphia's The Ramoms. The Ramoms take Ramones songs and re-purpose them as parody songs a la "Weird Al" Yankovic. On their latest EP, Problem Child, they redo "Judy Is a Punk" as "Gritty Is a Punk," an ode to the Flyers's Gritty, aka the greatest mascot the world has ever seen. They also do "Boogie Not Snot," which is a redone version of "Blitzkrieg Bop" about boogers. Finally it's just a straight up cover of "Rockaway Beach." These are just three insanely fun and insanely ridiculous songs.

You can listen to all of Problem Child below. The EP is also available from Pirate Press Records here. For more on The Ramoms, check them out on Facebook. Also, if you happen to love both Dad Brains and The Ramoms and love Christmas music, you're in luck! The bands just so happened to have released a split 7" of Christmas music called MERRYXMAS. That can be found here.