A slow new release week as we start looking toward the holiday season. 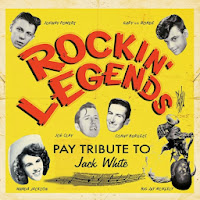 Various Artists - Rockin' Legends Pay Tribute to Jack White: Out of left field for me this week was this tribute album to Jack White (The White Stripes, The Dead Weather, The Raconteurs) with cover versions by old country rock artists. You might not think you want to hear Gary U. S. Bonds performing "Salute Your Solution" or Sonny Burgess doing "Steady As She Goes," but this is a surprisingly fun collection of cover songs, and really highlights the bluesy, rootsy origin of Jack White's songwriting. It's pretty solid, and it's worth a listen if you're a fan of Jack White in any permutation. I'd personally love to see a Volume 2. 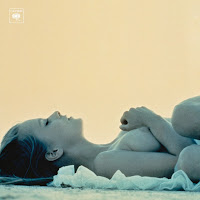 Beady Eye - BE: In the War of the Oasis Brothers, I am firmly on Team Noel. I'm Team Noel to the point where I really don't want to like Beady Eye, and got disproportionately angry when Beady Eye performed Oasis songs at the Olympics in 2012. I thus hate to say it, but BE, the sophomore effort from Liam's band, is actually pretty good. "Soul Love" in particular is a super-familiar highlight, and, overall, a really solid listen. I didn't love the debut album, but this is good enough where I think I want to go back and listen again to see if I was missing anything. 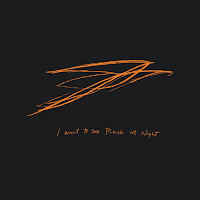 Andrew Bird - I Want to See Pulaski at Night: As someone who is recently back into Andrew Bird, this EP is less a traditional Andrew Bird release and more an opportunity to try some different things (mostly) instrumentally. For a short, quick hit, this is pretty solid and great for fans. If you're looking to dive in on Andrew Bird, though, his more recent album release is where you want to go.

* A Perfect Circle - Three-Sixty (a greatest hits compilation from a band I didn't realize people were still listening to)
Posted by Jeff Raymond at 7:30 AM