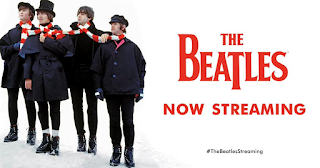 Last week, I canvassed you all to send me some Beatles tracks, and you absolutely delivered to the tune of a collected 75 or so unique tracks.

The playlist below constitutes the 25 tracks that were the most unique and that, at the time, I didn't recognize (and "Paperback Writer" because it's a good song I did know). I should send a special shout-out to co-blogged Ken who sent his own 11 song playlist, and friend Gabe Rollins who sent an enormous 50 song playlist that I'll have to dig into sometime soon.

As for what was sent over for this specific project? It turns out that I like the more experimental Beatles stuff a lot less than I thought I would, for one. "A Day In the Life" in particular was sent a few times, and, well, that was a bit of a slog for me. The "Write Songs With Indian Instruments" era that I dabbled in as well didn't quite work for me, either, but I'd imagine that's true for a lot of people.

Overall, though? I suppose I appreciate what's going on a little better even if I don't know if I found any new songs I ultimately loved. The hits are the hits for a reason, and perhaps I might feel differently had I been exposed to this earlier as opposed to finding a lot more experimental psych rock on my own, thus making this a little less revolutionary? I don't know.

Still, a fun little experiment. Later this spring I think we'll try this crowdsourced mix thing again. The mix in question is below: