A kind of slow week for new releases. Apparently, the heat of the summer means everyone's too busy listening to "Get Lucky" on the beach as opposed to listening to good new music. Anyway, a handful of new releases that might have hit your radar: 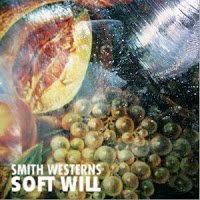 Smith Westerns - Soft Will: Smith Westerns were compared to Belle and Sebastian once upon a time, and while I love me some Belle and Sebastian, they've never grabbed me that way at all. While their third album is definitely the most cohesive one they've put out so far, they still come across as the sort of late-1990s/early 2000s indie pop retread that never really catches me these days. I know a lot of people tend to love this band in indie circles, and this will probably grab them some more fans, but unless you're already a fan of theirs or this style, it might not be totally worth your time. 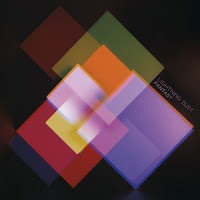 Lightning Dust - Fantasy: Another third album, this time from the electro side project of Black Mountain. The album is as good as their 2009 effort, Infinite Light, but still suffers from the feeling that the music is being held back. Instead of exploding forward musically, it feels very restrained and quiet. This is a common thread with Lightning Dust for me, and speaks more to my preferences than anything else, but it ends up being a quality, constrained effort of indie electro music. Definitely worth a listen at the very least.

Other albums out this week that may be of interest to readers:

* India.Arie - SongVersation
* Mavis Staples - One True Vine
* Sing Me the Songs: Celebrating the Works of Kate McGarrigle
Posted by Jeff Raymond at 1:19 PM