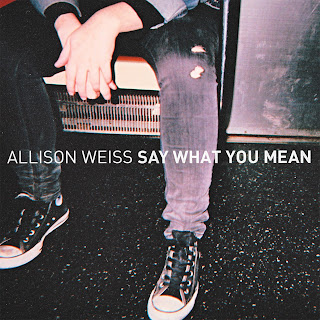 Allison Weiss's Say What You Mean is not the best album of 2013 in my view, but it's absolutely my favorite.

This was another Spotify discovery recommendation, as I was fully engrossed in Jenny Owen Youngs at the time and the app recommended I try this album. I'm so glad I did. The album is wall-to-wall indie power pop, alt-rock chick at its finest. Much like the Lisa Loeb album discussed earlier, the album is just pitch-perfect from the start, with both slower songs and more upbeat tunes landing in the right spot.

Spotify has been great for this album, as there's an entire alternate take of the album available as well as some EPs with early versions of the songs. If you want a good hint as to what you're getting into, "I Was An Island," "Making It Up," and "One Way Love" are all solid choices, but this album should really just be in your standard rotation regardless.

You can stream the whole thing below: