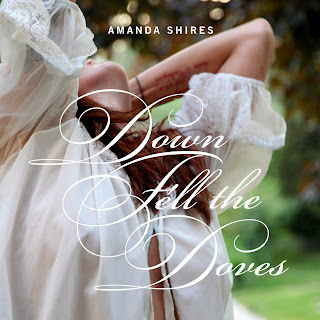 With a lot of real world responsibilities this year including a new kid, I didn't make it to a single concert this calendar year. This is the first time this has happened in quite some time, but there is one show I regret missing a lot, involving Jason Isbell and his wife, Amanda Shires, who was touring for her new album and my #7 of 2013, Down Fell the Doves.

I fell hard for Amanda Shires's music last year when a music blogger posted her song "Sloe Gin." It was a fairly standard Americana piece all things considered, but Shires's voice is absolutely haunting, and many of her upbeat songs are among my favorites. With Down Fell the Doves, we absolutely have her most ambitious effort yet, a significant change from her earlier, violin-based songwriting work.

From the highlights like "Devastate" and "Bulletproof" to more complicated songs like the title track and "Look Like a Bird," we're watching the evolution of a songwriter who is doing things with a more twangy folk sound that seem very, very different from a lot of other artists. If you've found the evolution of artists like Neko Case to be up your alley, you'll really love what Shires is doing. The album is embedded below: