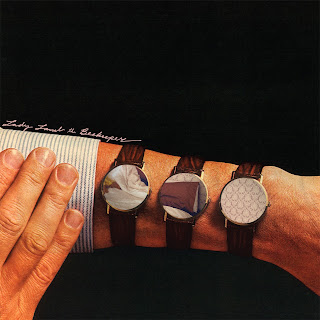 My #9 album this year is a favorite here at If It's Too Loud, Lady Lamb the Beekeeper's Ripely Pine.

This album is so good, so interesting, so utterly different than anything else that's been released this year that it was in definite consideration for the top spot for me. That it's ranking #9 on my list is not a condemnation of Ripely Pine but more a reflection of how consistent a lot of the releases were this year. Lady Lamb the Beekeeper has been recording and releasing music for a few years now, and the Portland, Maine native actually won a Boston Music Award in 2010 for best folk artist.

Ripely Pine is her first proper studio album following a number of home recording releases that were impressive in many ways. You only realize the true potential of what she's capable of with this album though, an album that trades off a more standard modern folk feel with some truly epic instrumentation and motifs. It's difficult to make songs over six minutes long seem immediate and fresh through their entire run time, but on songs like "You Are the Apple" and "Bird Balloons," she pulls it off quite easily.

I'm looking forward to whatever comes next, but, for now, we can enjoy what she's offered up this year. Along with "You Are the Apple" and "Bird Balloons," "Aubergine" and "Hair to the Ferris Wheel" are also standout tracks on what's truly a standout album. You can stream the album below:

Email ThisBlogThis!Share to TwitterShare to FacebookShare to Pinterest
Labels: best of 2013, Jeff Raymond, jeff's best of 2013, lady lamb the beekeeper