Quarterly Report: Albums We Missed Along the Way

Because we can't hear them all? 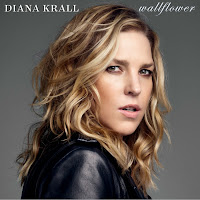 Diana Krall - Wallflower: I'll listen to almost anything, but jazz always seems to get away from me. Diana Krall is a noteworthy exception to this for whatever reason, though, and her latest album, a cover record called Wallflower, is both a step in a more accessible direction as well as somewhat less interesting as the smooth jazz takes on some classics are...not great. I love a good cover song, but too many of the tracks here end up being more dirgey than anything else, and that's not always a welcome thing. Worth a listen, but beware. 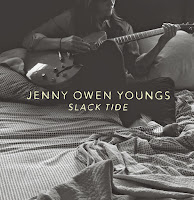 Jenny Owen Youngs - Slack Tide: Most musicians, when repackaging their music for an EP, tend to irritate me. When Jenny Owen Youngs does it, for whatever reason, I keep getting hooked over and over. I listened once for the new song and the curiosity, and I must have replayed it at least 6 times within a few days of that first listen. It's a solid EP anyway, more fun if you're a fan of hers or of the songs on the EP, but I listen to this and still wonder why she isn't just a huge star at this point. 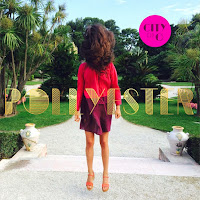 Pollyester - City of O: I don't know the first thing about Pollyester except that this is some really fun glitchy indie electropop. I got hooked on "In My Boots" and couldn't stop listening to the album afterwards, so that's about as fresh an endorsement as I can give. It's not for everyone, but it's definitely working for me. 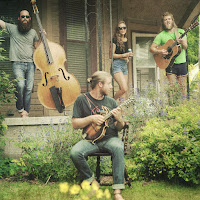 Lindsay Lou and the Flatbellies - Ionia: Another album I wasn't aware of until I had it sent to me somehow, this is about as traditional as modern bluegrass gets, and it's a solid, pleasant listen. I keep going back to this even though nothing specifically jumps out at me, it's just, well, exactly what I've been looking for in a bluegrass album as of late. If you read this blog, you'll love this album. Pretty straightforward stuff, worth a listen. Ken liked it, too. 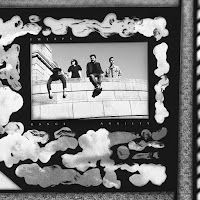 Twerps - Range Anxiety: Twerps are pretty successful at doing the sort of 90s-style lo-fi alt-rock. This, their second album, is pretty great on a whole, and it has a few standout songs to go along with a good, shortish experience. Merge generally releases good stuff, and this one ultimately isn't very different. 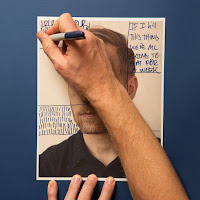 Lieutenant - If I Kill This Thing We're All Going to Eat for a Week: First off, this is an early winner for album title of the year. Second, this is actually a side project for Sunny Day Real Estate/Foo Fighters bassist Nate Mendel, and part of its charm is that you totally hear some of those influences in it without really knowing where they're coming from. The result is an ambitious, albeit sometimes uninteresting, musical piece that has some good stuff going for it but feels more like a true side project in the end. 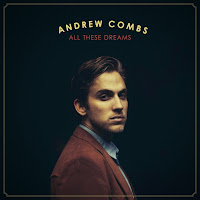 Andrew Combs - All These Dreams: I didn't know Andrew Combs until recently, and he's doing a pretty good roots thing even though it feels a little too polished and old style to catch me every moment of the time. This is more of a personal preference criticism, though - if you've really been into Sturgill Simpson, this is something that might end up right down your alley. 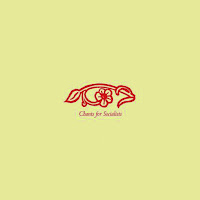 Darren Hayman - Chants for Socialists: Former Hefner singer/songwriter Darren Hayman offers a musical take on the writings of Willian Norris as part of his continuing series of releases that have very distinct themes and such. I'm about as far from a socialist as one can get, and there's plenty here to like musically even if the statements and such are not really designed for you as an audience. One thing for sure is that Hayman has consistently put out interesting music and surrounded himself with some fascinating concepts to draw from, and Chants is no different in that regard. Absolutely worth a spin. 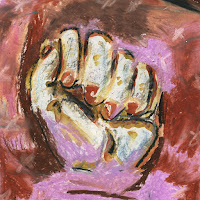 Krill - A Distant Fist Unclenching: Krill's latest release is similar to a lot of the throwback post-alt rock that we've been seeing, and as they have some local interest being from Boston, it might be worth a listen if you're into that scene. It's a decent listen on a whole, but may have some limited interest on a whole. 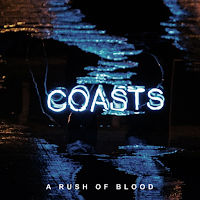 Coasts - Coasts: Coasts continues along the lines of the Snow Patrol-ification of music over the last decade - anthemic pop rock songs, choral-sounding background stuff, lots of reverb. I suppose "A Rush of Blood" isn't terrible, but listening to this four song EP really leaves me thinking that I've heard all of this before, and I'm sure you have, too. 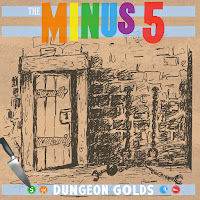 The Minus 5 - Dungeon Golds: Later this year, The Minus 5 will release a 5 LP set called Scott the Hoople and the Dungeon of Horror. Likely a vinyl-only release, at least the band put out an album version of a bunch of the highlight tracks from the set called Dungeon Golds, and it does feel like a mishmash of things for sure, but you also always knew what you were getting with The Minus 5 and this is ultimately no different. There are a few gems in here, for sure, and while I wish I could find a way to justify the expense of the 5 disc set, I guess I can accept this as a compromise. 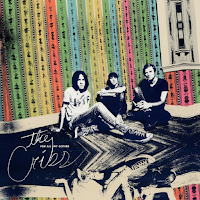 The Cribs - For All My Sisters: Every time I hear a new power pop album, I kick myself for forgetting how much I enjoy it. The Cribs are a band I wasn't previously familiar with for whatever reason, and this is their fifth album, a straightforward number that really scratches all the right itches. I don't quite know how to compare them - a more British Fountains of Wayne without the straightforward wit? Sugar/Husker Du without the punk? I don't know, but it's still pretty great. Definitely recommended.
Posted by Jeff Raymond at 7:30 AM