Not the greatest week... 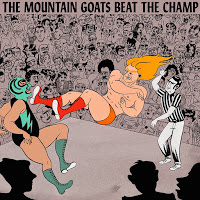 The Mountain Goats - Beat the Champ: On the surface, this album should be my favorite thing in the world, combining The Mountain Goats with professional wrestling. The unfortunate truth is that the album peters out really quickly, with the high points being "The Legend of Chavo Guerrero" and "Foreign Object," and the rest being kind of unmemorable. I may have gone into this with higher expectations than I should have, but this is an album I wanted to love and barely like at this point. It's unfortunate. 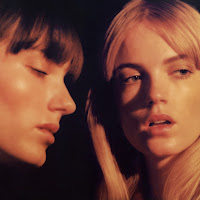 Say Lou Lou - Lucid Dreaming: Say Lou Lou (formerly Saint Lou Lou) is the project of the twin daughters of the lead singer of The Church from back in the 1980s. Lucid Dreaming is sort of the low-key electro-pop I love, and the album is generally good but never seems to take that leap into something greater throughout. I've liked what I've heard up to this point, and the album isn't bad at all (especially in a bummer week), but I'm hoping the next albums feel less restrained. 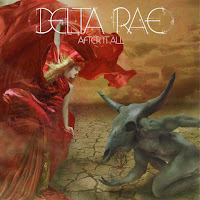 Delta Rae - After it All: Delta Rae's new album sounds like roots/folk music for the adult alternative radio crowd that hates roots/folk music. Make of that what you will. 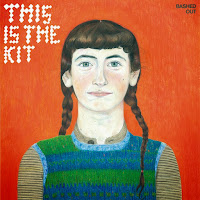 This is the Kit - Bashed Out I don't know when I first heard This is the Kit, but this album really scratches a few of my itches. Pretty great lo-fi indie folk on a whole, not entirely unreminiscent of the anti-folk stuff from a decade or so ago (but a lot better). Readers of this blog should absolutely give this one a listen, it's definitely worth your time and it's definitely a highlight of recent releases for sure. 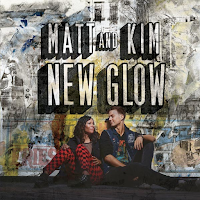 Matt & Kim - New Glow: If you asked a bunch of indie kids who hated electronic music to try and make what they thought an electronic music album would sound like, it would probably sound like this. It's almost insulting in its attitude and overall lack of any soul or depth, and I'm frankly surprised by this on every level. Skip this. 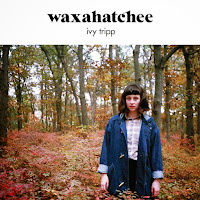 Waxahatchee - Ivy Tripp: Waxahatchee's new album is her best album, is the best album released this week, and will rightfully be in the discussion for best album of the year. It still holds onto some folk elements, but feels more whole and complete both in songwriting and sound - think Lady Lamb the Beekeeper with some fringe around the edges. I really truly loved this album on first listen, and I loved her previous album a lot and this is even better. Her first album for Merge, this is simply a must listen anyway, never mind just this week. Just awesome. 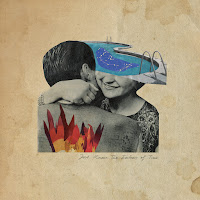 Josh Rouse - The Embers of Time: I've been listening to Josh Rouse for close to a decade now, and he continues to be an underrated singer-songwriter. The Embers of Time is great in part because it's the first album I can think of in a while that isn't heavily steeped in some of the Spanish influences that he's been playing with recently. There are a lot of legitimately memorable songs on here right to start as well, such as "New Young" and "JR Worried Blues," and the whole thing is pretty great. Definitely worth a listen. 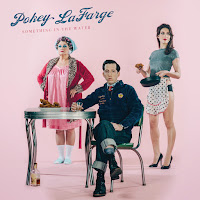 Pokey LaFarge - Something in the Water: Pokey LaFarge is an artist Ken first learned of, probably at Newport. He's got a sort of old-timey feel to his songwriting, and Something in the Water is no different in that regard. A fairly strong, albeit quiet, affair, I enjoyed this quite a bit on first listen and I definitely look forward to spending some more time with it. 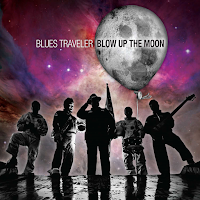 Blues Traveler - Blow Up the Moon: Kill this with fire. Seriously the worst thing I have ever reviewed for this site, and that's saying something (especially with some of the clunkers this week). I have no idea what the band was thinking, what anyone involved was thinking, or who thought any of this was a good idea. I don't generally like being this negative about anything these days, but my goodness is this just a misguided error in all forms. I almost think you should listen to this just for the shock value. Just unfortunate. 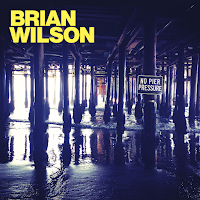 Brian Wilson - No Pier Pressure: Honestly, if you had told me that this would have been any good at all, I probably would have laughed. Instead, this feels like a bit of a goofy Beach Boys record, but it has a few pretty good moments without being unfortunate the way the Blues Traveler album is. It might be worth it for the curiosity factor, but, really, this is probably more for Beach Boys/Wilson fans to enjoy more than anything else.
Posted by Jeff Raymond at 7:30 AM