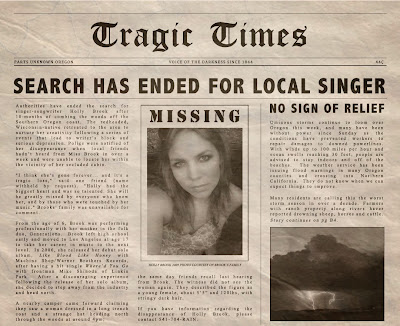 Watching Wrestlemania this past weekend, they threw a musical performance in the middle of one of the more earwormy, yet still kind of frustratingly awful, songs of recent times, "Rise" by David Guetta with singing from Skylar Grey:


I had never heard of Grey prior to the performance, nor did I know that Guetta was part of the song at all, to the point where I asked those I was watching the show with whether Grey was the singer or the DJ. This prompted me to Google, and this prompted me to have my mind blown a bit. 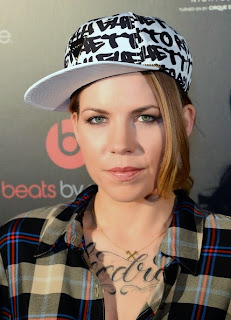 First, this is Skylar Grey. It turns out that you know of her even if you don't know of her - she co-wrote a few songs, most notably Eminem's "I Need a Doctor" and was nominated for a Grammy for writing Rihanna's part on "Love the Way You Lie." The latter song was outright inescapable a few years back. She's definitely made a name for herself in terms of writing for R&B and hip-hop acts over the years.

She was also a pretty great folk-style singer-songwriter not 5 years ago:


I feel like this song might have even gotten some attention in the past, but I remember specifically seeing her live at a small little venue in Londonderry, NH, opening for (of all people) Duncan Sheik, who she partially collaborated with on a musical theatre project, Whisper House. I kind of had this weird moment where I'm watching this singer performing in the middle of a football stadium under a name I've never heard when, maybe 5 years ago, she was touring small little folk venues doing really solid folk pop (I'm pretty sure I bought her album at the show).

This shouldn't be taken as an implication that she's doing something worse, or that choices are poor or anything. But it's also a weird story in and of itself, littered both with tales of record label strife (pretty common) and things being so bad that you're stuck editing porn and heading away to a cabin in the middle of the woods of Oregon to sort things out. While reporting and interviews haven't been entirely shy about exploring that past on a surface level, I suppose it does say something as well that so few people were really invested in Holly Black to the point where she could basically fall off the radar and be repackaged without a lot of people knowing. I had always thought of it from time to time, but I hadn't ever looked to explore the two at all.

There is an irony in the fact that Skylar Grey, a repackaged performer after a rocky start with corporate control and a style that wasn't working, was performing at a wrestling show, an art form that has a trail of dead gimmicks and repackaged performers with rocky corporate interventions and style changes in its wake. With that said, I'm glad she's finding musical success, even if it isn't entirely down my alley. And if you find Like Blood, Like Honey in a discount bin somewhere (or trip up on it on Spotify), it might be worth taking a flyer on.
Posted by Jeff Raymond at 7:30 AM