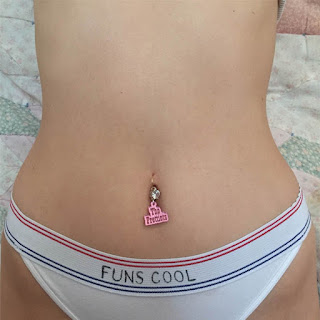 Sometimes an album (and even a song) comes along that both speaks to you on a pretty solid level while also hitting just the right nostalgia buttons all at once. Thus Funs Cool, the debut album from The Prettiots. It's unlike anything else that sniffed the blogosphere this year while both harkening back to the anti-folk of a decade ago.

It was "Suicide Hotline" that got me hooked. I had a fairly dark start of the new year, and I'm not saying that I needed a song to literally talk me off the ledge, but a song that was described by the songwriter as a letter to her therapist about how she was feeling definitely worked for me, especially with its literary references and clearly self-depreciating attitude. It became a highly-anticipated album, and the whole thing is the same way. "Boys (That I Dated in High School)" is hilarious, "18 Wheeler" appropriately dark, and so on.

Overall, the result is an album that stayed on repeat for me for some time. I share it with people, and I think it's too weird for the mainstream, but too wonderful for me to ignore. Revisiting it in the last couple weeks, it holds up insanely well, too. Just a great album this year, and one you should take some time with if you haven't already.

Email ThisBlogThis!Share to TwitterShare to FacebookShare to Pinterest
Labels: best of 2016, Jeff Raymond, jeff's best of 2016, the prettiots