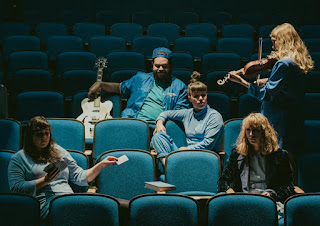 Montreal's Rosier (formerly known as Les Poules à Colin) have been together for ten years and somehow have never come across our radar until now. They've taken a traditional song and have updated it with new, more modern sound. "Vie Pénible" is the rare song that creates a bridge between traditional and more modern, experimental folk. It's traditional enough to keep purists happy, but they sprinkle in these odd little instrumentation choices to keep it sounding like nothing else. It's almost like a more mainstream, less harsh Neutral Milk Hotel. The band says of the song that “This was the first traditional Québécois folk song we all could deeply relate to."

You can listen to "Vie Pénible" below. Rosier's self-titled EP will be out on September 27. For more on Rosier, be sure to check out their website. Current tour dates are below the song.