Forgotten(?) Fridays: Far Too Many Words About Tool

I remember not initially being into Tool when I learned of them in high school. Fully immersed in my R.E.M./Toad the Wet Sprocket-style alt-rock combined with a burgeoning love of electronica meant that I typically only hit up the WAAF-style stuff when I had exhausted the other radio stations. Furthermore, with basically no interest in metal, there was nothing significant to lure me in.

“But Jeff, Tool is different,” friends would tell me. Yeah, there were the heavier topics from Undertow and all, but allegedly Ænima was this sort of transcendent conceptual masterpiece that I really needed to reconsider even if I was sick of hearing “46&2” all the time. 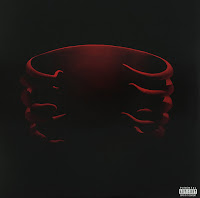 I don’t remember when the switch flipped for me exactly, but something definitely changed at some stage and I became a fan. Maybe it was the nods to cultural touchstones I had learned to dabble in from R.E.M.’s commonplace namedropping. Maybe it was because I thought the idea of a cookie recipe recited in the character of an angry German dictator was hilarious. Maybe it was just so different from what I generally enjoyed that it was a nice way to mix it up.

I ended up seeing Tool at whatever Great Woods was in September 2001 (a few weeks after the terrorist attacks) and I remember my friends and I being a little freaked out each time a plane went overhead. I remember Fantomas opening, and that I was pretty excited about that because Mike Patton is awesome. I remember Tool being, well, a fairly uninteresting live band overall (especially after seeing A Perfect Circle open for Nine Inch Nails a year earlier). At some point I moved on, 10,000 Days came out and I remember basically nothing from that record at all, and then Tool basically went away for a decade and a half.

Part of what spurred this blog on was the concept of two middle-aged guys working through our love of the music that got us to love music while also keeping up with the newer stuff when most of our peers have moved onto more serious or “adult” hobbies. Tool, somewhat as a result, has rarely made it into my CD player as I aged, and since I’ve been listening to music almost exclusively through streaming services or mp3 downloads for close to a decade now and Tool hasn’t been available on those services, they basically fell out of my thinking for good.

Fast forward to last week and the announcement that not only are we getting a new album, but the old stuff was finally hitting streaming services. I was excited! Yeah, I could go upstairs and dust off the discs, but I could also just listen to them streaming off my phone the way life expects us to now, right?

After a few days of listening to the old albums and indulging in my nostalgia, I was left with one question: was Tool ever really good?

That may be harsh. I am surprised at how much of Undertow stuck with me over time, and there are some really solid moments on those three middle albums. But I can’t help but listen to them today and feel somewhat appalled and exhausted by the surface-level cynicism and teen-angsty messages. At a 17-year-old, it’s one thing to nod approvingly at the underexposed mysticism and the appreciation for outsider artists, but then there are songs like “Prison Sex” or “Hooker With a Penis” that, even if they are catchy, just feel extremely dated. And don’t even get 38-year-old Jeff started on the entire idea behind the title Ænima, which definitely had me chuckling 20 years back but now just find kind of juvenile. 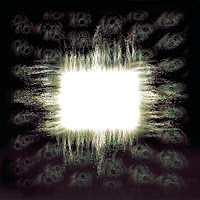 It's a shame, too, because musically, this band is still clearly different. They were math rock-ish before it was cool, Danny Carey is still one of the better drummers going, and the band is obviously tight. Why, then, bring it down with so much nonsense? Granted, this was perhaps highbrow in the era that gave us “The Family Values Tour” and when Insane Clown Posse and Eminem were the rappers of choice for the disaffected teen set. I suppose, as well, that even the more contemporary bands of the era (Nine Inch Nails and to a more obvious extent Marilyn Manson) were far from what we would call the thinking man’s metal/industrial (although Nine Inch Nails has arguably held up a lot better).

Still, instead of a welcome hit of nostalgia over the few days I revisited the Tool catalog, I experienced disappointment and maybe a bit of remorse. Yes, there are plenty of acts that I really liked 20-25 years ago that are just dated and not for me anymore, and that’s fine. Tool, on the other hand, are still held in really high regard and I can’t help but wonder if the nostalgia glasses have been working overtime or if I’m just wrong on this. I challenge anyone who isn’t a Tool superfan to take some time with Ænima and Lateralus and see if it feels as profound as you once thought.

And now, we have a new Tool song out:


Interesting listen? Sure. Out of step with what's current and fresh? Yep. Odd for the sake of feeling odd? Sure feels like it. I'll listen to the new album when it comes out, but I cannot imagine myself firing this song up more than the first time I listened to it right now. If I want 10 minute long epics (and the new album will have eight of them over an 85 minute runtime, so we're told), King Crimson still exists.

Here’s my review of the new Tool song: yep, that’s a Tool song

I won’t shame anyone for liking what they like. Yeah, I went to see The Farewell last weekend, but that didn’t stop me from hitting Crawl the weekend before. I’m the last person to account for taste. But I just can’t shake the thought that we’ve had a collective fever dream about Tool, and that’s just too bad. For me, this was one Friday I wish I had forgotten.
Posted by Jeff Raymond at 1:30 PM