Another packed week this week. Here are the highlights: 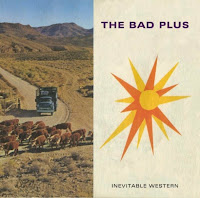 The Bad Plus - Inevitable Western: The Bad Plus made their mark outside of the jazz world with their covers of popular and classic songs, and the result is a style of jazz that, as someone who isn't a jazz fan, I can sometimes get behind. Jazz, on a whole, doesn't do much for me, and Inevitable Western is a Bad Plus album with no covers on it, which will ultimately limit its appeal. If you, like me, came on board to see what they decided to work on this time, you might not find much to like. If their style is your thing, though, you'll probably find some enjoyment here. 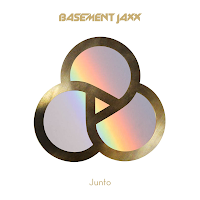 Basement Jaxx - Junto: Of the electronic acts that have perservered over the years, Basement Jaxx has never really connected to me the way, say, Orbital or Crystal Method has. The new album, well, it sounds like Basement Jaxx. It didn't do much for me, but it sounded as I expect a Basement Jaxx album to sound, so that's something. A copout review, but that's what I have to say. 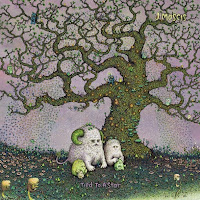 J Mascis - Tied to a Star: Blog favorite J Mascis's new solo album is primarily an acoustic affair, and after I got over that unexpected jolt, it turns out that there's some good songwriting and interesting soundscapes here. My initial comparison is to some of the Mike Doughty solo albums of recent years, but in terms of a classic grunge singer/songwriter turning out something a little left of center, this is a quality release. I'll have to spend more time with it to see what the staying power will be like, but this is worth a listen if you're someone who has found their way to this blog. 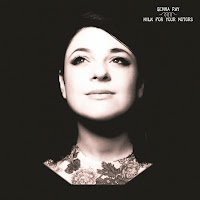 Gemma Ray - Milk for Your Motors: Probably my pick for release of the week, Gemma Ray's newest is a pleasant, deliberate affair. Some consider her a throwback of sorts, but I hear someone who makes beautifully-crafted, sometimes quiet, accessible music, and I enjoy it every time. There's a lot to like here - "Desoto" plays with a lot of different sounds, "Buckle Up" is a charming sing-a-long. It's all pretty great, and it's an album I'm already itching to revisit. Definitely worth a listen. 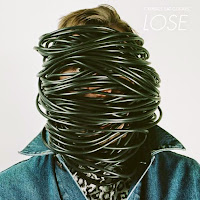 Cymbals Eat Guitars - LOSE: Cymbals Eat Guitars is a really good rock band. I don't know why they don't get more attention, to be honest, but the reality is that their newest album, LOSE, is really a strong piece from start to finish. A loud, rocking affair with a lot of memorable songs ("Warning" and "Chambers" were immediate highlights for me), it's definitely worth a listen if you're looking to rock out a little bit. A very good listen. 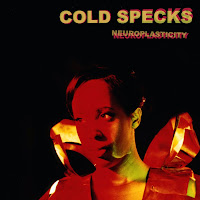 Cold Specks - Neuroplasticity: I don't recall what it was that first got me interested in Cold Specks, but her first album, I Predict a Graceful Explulsion, was a lo-fi folky delight in a lot of ways. I didn't realize she had a new album on the horizon, so seeing Neuroplasticity on the docket for this week was a welcome surprise. Her new album expands the instrumentation considerably from her debut, bringing the background instruments to the forefront to provide a different sound that still highlights her unique and clear voice. It's a beautiful album, feels a lot lighter than her past work, and is absolutely a must hear for the week. 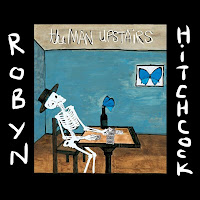 Robyn Hitchcock - The Man Upstairs: It's probably unfair to call Robyn Hitchcock a legacy act of sorts now, but given that the heyday of The Soft Boys was almost 30 years ago and some of his best work is behind him, it's hard to not use that framework. His latest release is half originals and half covers, and none of it is particularly exciting. It's new Robyn Hitchcock music, for sure, but with two folkish releases out this week that do some interesting things and/or attempt to forge new ground, this album ultimately loses some of its luster. Be aware.

The New Pornographers - Brill Bruisers: This has been an interesting last decade or so for The New Pornographers. Twin Cinema was a true achievement, but the more recent albums by the band were both lackluster and overshadowed by solo projects from New Porno members like Destroyer, Neko Case, and even AC Newman himself. Brill Bruisers is absolutely the best album they've put out since Twin Cinema and has an immediacy to it that their recent work has lacked. It has some great songs as well, from the title track to "War on the East Coast," but there's a definite part of me that hears this album and visualizes a band that might be trying a bit too hard. It deliberately stays left of center in its sound, and the result is an album that works wonders when it works and feels forced when it doesn't. The parts are better than the sum, but those parts are worth giving this a listen. 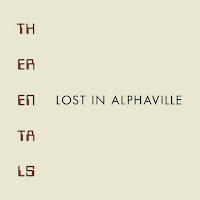 The Rentals - Lost in Alphaville: I somehow missed the initial boat on The Rentals, which I had always put aside as a random Weezer side project that I didn't need to bother with. Suddenly, 15 years after their most recent release, we get a new album from them, Lost in Alphaville. The word I can use the most here is "tentative," as so many of the songs feel ready to burst out of the gate but never quite get there. It's doubly frustrating in some regards given that the drummer from The Black Keys and the lead women from Lucius guest throughout and that the result is good songs that you're waiting to become great and just miss that something. Don't get me wrong, this is great to hear and is arguably unlike a lot of what's being released these days. It's just something I want more of and I'm not getting.