Been waiting to say this for three weeks: magna Carta holy fail.

If you have a Samsung phone, you might have been like me and stayed up until midnight last night to get first crack at one of the million copies of Jay-Z's new album Magna Carta Holy Grail. I tried for about a half hour and then went to bed, and tried for much of the day today and had no luck, even going back and forth with tech support. I did find one workaround, however, if you're looking for the album still: 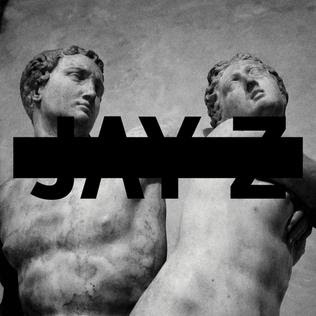 1) If you've already installed the app, uninstall the app.

2) Redownload it - your Play store, if you're working from your phone, will list it as "Update" rather than "Install."

The other weird thing, at least for me and others, was that the app will move the album into your music player of choice, but might not give you access to the mp3s. To get the mp3s, you need to hook your phone up to your computer, go into your folder where the Holy Grail app sits, and find the 16 .tmp files. Those files, when changed on your computer to .mp3 files, become the 16 tracks of the new album.

As for the album itself, the first listen makes me think it's probably the best thing Jay-Z has done in some time (I didn't love Blueprint 3 nor Watch the Throne, to be honest), and there are some solid songs and good beats on it. We'll see how it holds up.
Posted by Jeff Raymond at 7:55 PM