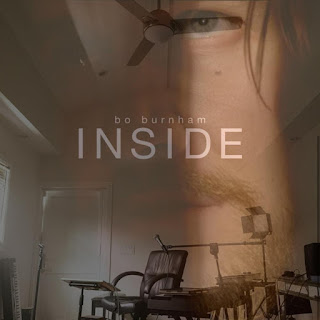 I'm not sure if I'm cheating or not with including this, but I don't really care.

I knew Bo Burnham was a YouTuber back in the day, I liked Eighth Grade, but my familiarity with him on a whole was pretty much zero. Then everyone went nuts over his comedy special, we threw it on, and were blown away. I've written before/elsewhere that this is likely the most brilliant pandemic-era piece of art we've gotten up to now, but it's also similarly brilliant in its execution of how it handles the current state of discourse and behavior in this country. That the music is incredible only adds to the brilliance, because weaker songs probably would have worked as well and we still got some crazy great songs out of this.

It's witty, it's fun, it's current, it's consistent, and it's addictive. I catch myself singing "How the World Works" constantly, "All Eyes on Me" appears to be the award choice and I hope it wins everything, and "That Funny Feeling" was so great it got a Phoebe Bridgers cover treatment. There's not a bad song on the record, and it works even outside the context of the overall special, which is probably the best testament I can give.

Make some time to watch the special on Netflix, and then get as addicted to these songs as I am. You won't regret it.

Songs of note: "How the World Works," "All Eyes on Me," "That Funny Feeling," "Shit," "White Woman's Instagram"