Dropper - "Memoirs of Working in a Bowling Alley" 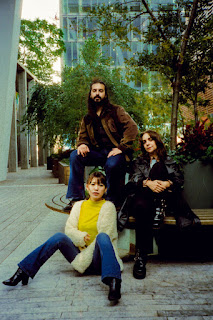 Dropper is the musical project of Andrea Scanniello, who wrote their debut album while working in a bowling alley. This was the obvious inspiration for the band's new single "Memoirs of Working in a Bowling Alley." The new song is a groovy as hell indie rock song with the swagger of early country. It's a little jangly and dripping with the kind of annoyance you can only get from working in a service industry/customer service job. Plus, the song has more than a few moments of pure beauty, and a killer guitar solo. What more are you looking for in a song?

"I’ve spent my entire adult life working in various service industry jobs- some more soul sucking than others. One of these jobs was spraying bowling shoes at the local lanes. “Memoirs” is about working these types of jobs and how at times it makes you question humanity and never want to speak to a soul ever again; that emotional drain that can only be experienced when you’re dealing with shitty drunk people night after night."

Email ThisBlogThis!Share to TwitterShare to FacebookShare to Pinterest
Labels: dirt dog, don't talk to me, dropper, Ken Sears, memoirs of working in a bowling alley