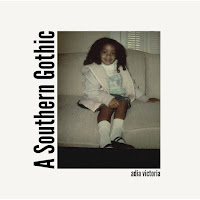 How is Adia Victoria not the biggest singer on the planet?

I fell for Adia Victoria's work in 2016, when Beyond the Bloodhounds hit the scene. Silences was similarly solid, but it's A Southern Gothic that's really brought her in to her own as a songwriter and performer. This strikes a near-perfect balance of social commentary and traditional musicality, and it's an important and weighty album without feeling like one. It's a very difficult line to toe, and Adia Victoria handles it with ease and grace.

We were excited about this one when it was announced, and I know it exceeded my high expectations. Debuting in the top 10, a lot of other folks agree, too, but she should be massive after this one.