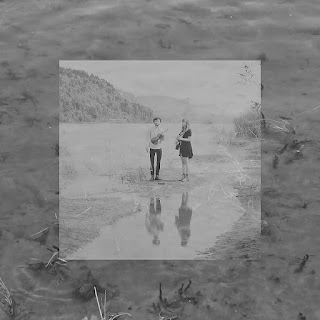 I absolutely loved Vivian Leva and Riley Calcagno's self-titled album from earlier this year. It breaks my heart that it didn't quite make my top 10, but it would be my # 11 or 12, easily. The duo have released an incredible and powerful new single. "Sanctuary Song" is about the death of Óscar Alberto Martínez Ramirez, and his daughter Valeria in the Rio Grande along the US/Mexico border. The song was written by Richard Fortmann, who invited Leva and Calgano to record their own version for the Sanctuary Song project. The song tells the tragic story of their deaths. The fact that the song is so beautiful makes the story even more haunting and heartbreaking.

Riley Calcagno says of the story behind the song:

“Óscar and Valeria were ultimately the tragic casualties of American interventionism that has created widespread displacement and hardship through its military and capital occupations. What Óscar and Valeria found at the end of a long journey was the other side of the American system: strict and inhumane border control policies and actions that blatantly favor the death of migrants over their pursuit of a life in the US.”

You can watch the video for "Sanctuary Song" below. All proceeds from digital sales will go to Annunciation House which is a volunteer organization that provides hospitality to migrants, immigrants, and refugees in El Paso, TX. You can get your copy here. For more on Annunciation House, head over to their website.