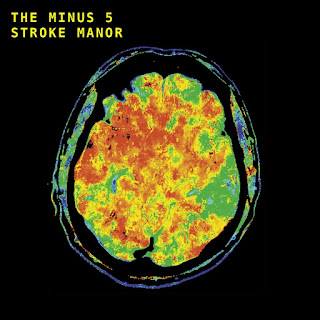 Artist: The Minus 5
Album: Stroke Manor
Quick Description: Latest from the R.E.M.-adjacent act, and the first since McCaughey's stroke.
Why You Should Listen: This is one of the best efforts from the band in well over a decade.
Overall Thoughts: It’s been a minute since the Minus 5 have recorded anything, and with good reason given Scott McCaughey’s stroke a few years back. This is probably his most different effort, and for good reason since he began work on it in the ICU, still somewhat addled, shortly after the doctors said he might not play music again. The story is told elsewhere better, but long and short? This is a really fascinating listen, and one that has a lot of layers I expect to uncover on future listens. Whether it’s an album that would be considered one of the better releases of the year remains to be seen, but it is definitely one of the most interesting ones given the way it got to release.
Recommendation: Give this some time. 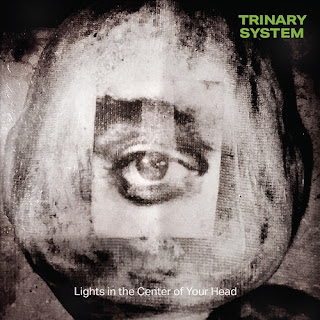 Artist: The Trinary System
Album: Lights in the Center of Your Head
Quick Description: Some odd post-rock from a legendary act's side project.
Why You Should Listen: This is a fascinating listen.
Overall Thoughts: My initial reaction is that I thought this would be louder. Instead, it has a definitive lo-fi post-punkish feel to it, and given the people involved (including a member of Mission to Burma), the only surprise here is the restraint. The restraint, however, is what makes this great. I felt like there was a lot of anticipation throughout this record, and it’s a very hard balance to walk that line musically.
Recommendation: A solid listen. 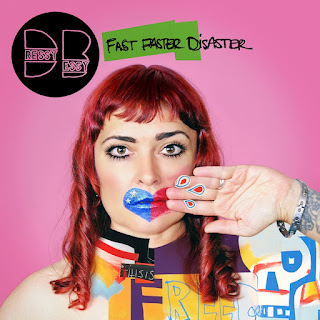 Artist: Dressy Bessy
Album: Fast Faster Disaster
Quick Description: Latest from the fun indie rockers.
Why You Should Listen: Dressy Bessy has been solid since their revival.
Overall Thoughts: One of my favorite Elephant 6-associated acts, I was pleasantly surprised to see a new album. Their recent output has been hit or miss, but this has a gritty, garage-esque quality to the indie pop we’ve come to love over the years. The grit goes along well with Tammy Ealom’s vocals, which have definitely gotten raspier over time. The album, in short, works even while it subverts your expectations of what indie pop can pull off.
Recommendation: A great album this week.

Artist: Pinky Pinky
Album: Turkey Dinner
Quick Description: Debut album from some indie rockers we've been following.
Why You Should Listen: This album will surprise you in a good way.
Overall Thoughts: Long-awaited debut that has its share of twee-ish indie rock tropes on the surface. I’ve been a fan of a lot of the pre-album stuff that has come out so far, but then you hear songs like “Floorboards” and “Applecheeks” and notice how well the band slides from genre to genre. This is a very solid album, and one that sounds like it will have its share of rewarding moments on future listens.
Recommendation: A fun record. 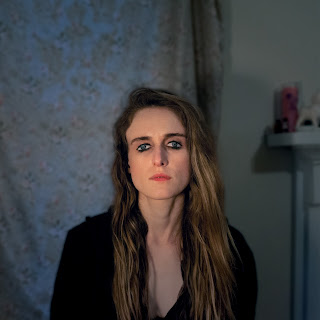 Artist: Claire Cronin
Album: Big Dread Moon
Quick Description: A stark, gut-punch of a record.
Why You Should Listen: This is unique in a way this genre hasn't been.
Overall Thoughts: We have had a glut of raw female folkies as of late, so I didn’t exactly have high expectations for this album, but holy crap did this blow my socks off. There’s a real desolate atmosphere in this music, and it sets such an interesting scene in your head while you hear it. On the front end, you get Cronin and her guitar, but the thing that sets it apart is the background stuff (like the strings in “Saint’s Lake” or the manic electric guitar in “Call Out”). I truly loved this, and I have to wonder if this will be a favorite for me this year.
Recommendation: A must-listen. 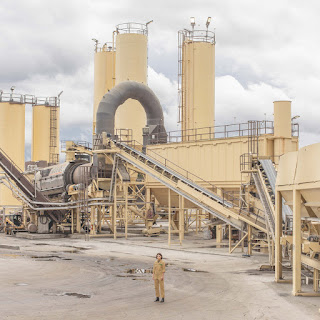 Artist: Mattiel
Album: Satis Factory
Quick Description: Great, 60s-tinged garage rock.
Why You Should Listen: Mattiel was already good, but this is something special.
Overall Thoughts: There’s a universe out there where this is the biggest act in the universe and we are all clamoring for this album as opposed to waiting with bated breath for the next Taylor Swift joint. I would not accuse this album of being perfect, but there is an explosion of modern rock inherent in this that just simply works as opposed to being crazy complicated. Part of this is lead singer/songwriter/presentation guru Mattiel Smith, who controls every aspect of this in a way that results in a complete package without compromise. This is a different record than you may expect (which is part of the point), but absolutely worth your time no matter what.
Recommendation: Another favorite this week.

* Julia Shapiro - Perfect Vision (Good, unassuming indie singer-songwritery stuff.)
* Katie Toupin - Magnetic Moves (A solid, mainstream-friendly listen with some good songs even if it’s more polished than some may prefer.)
* Shellac - The End of Radio (Peel Sessions from this act.)
* Calexico and Iron & Wine - Years to Burn (I still maintain that both of these acts are best when they collaborate.)
* Your Old Droog - Transportation (Surprise album. “Train Love” might be my favorite rap song of 2019.)
* Heather Maloney - Soil in the Sky
* Courtney Hartman - Ready Reckoner

* Swimming Girls - Existential Fears (Loved this.)
* Holy Now - It Will All End in Tears (The cover of "You Never Can Tell" is a highlight.)
* Glowie - Where I Belong
* Bones UK - Choke
* Eva Luna - Pigments
* Catie Turner - The Sad Vegan
* Prateek - All You Do Is Drown
* The Knock Ups - Splitting Hairs
* Noel Gallagher's High-Flying Birds - Black Star Dancing