Fall is coming, and not a moment too soon given how slow the release weeks have been. 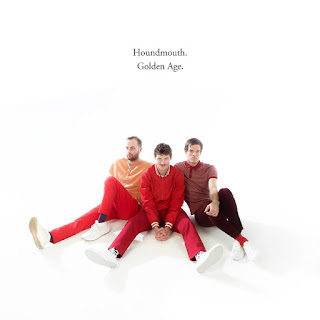 Artist: Houndmouth
Album: Golden Age
Quick Description: New album from a band with a strong following.
Why You Should Listen: Houndmouth has always been interesting in the very least.
Overall Thoughts: We like this band here, and this new album basically incapsulates my relationship with the act. I never quite know what to expect, I never quite recall what drew me in to start, but by the time it’s over I never know if I want more. This is a very odd rock record with a lot of electronic sounds balancing out the melodies that probably got you on board with this act to start. Truly, this *may* end up being a turnoff to some, but I... didn't hate it?
Recommendation: Be wary. 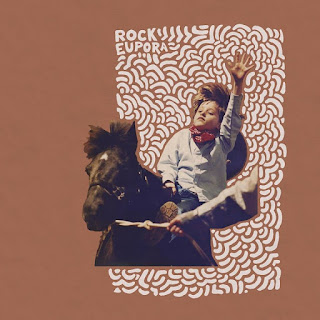 Artist: Rock Eupora
Album: Rock Eupora
Quick Description: Latest from the rock act.
Why You Should Listen: This is an album you might love.
Overall Thoughts: Power poppy at times and alt-rocky in others, this is a record that is as mainstream as it can be with straining vocals pushing it into the margins. This is weird if only because it is such a straightforward alt-rock record in a time where I feel like we rarely hear them anymore. It’s earnest and sincere and straightforward all at once, and there’s something good about that.
Recommendation: Worth a listen. 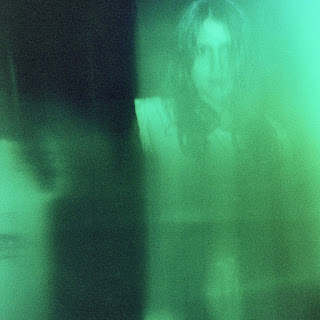 Artist: Helena Hauff
Album: Qualm
Quick Description: Latest from the experimental indie electronic artist.
Why You Should Listen: Hauff is known for some really interesting releases.
Overall Thoughts: What’s kind of interesting about this electronic release is how really straightforward it is. Its excellence comes in its ability to play it straight and not reinvent the wheel beyond having already upended the whole thing on previous releases. The constraints on this feel deliberate and make this album into something really special.
Recommendation: One of the better listens this week. 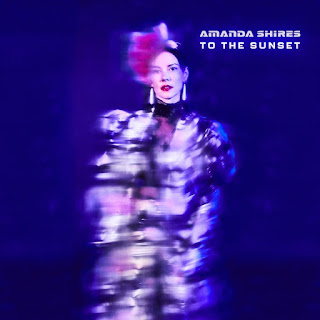 Artist: Amanda Shires
Album: To the Sunset
Quick Description: Latest from one of the top alt-country artists going.
Why You Should Listen: Amanda Shires can do little wrong.
Overall Thoughts: Down Fell the Doves is still an album I pull out every couple of months, and is one of those defining albums for my love of modern alt-country. I won’t say that this latest effort is the Kacey-fication of Shires, as it feels more influenced by spending time in the 400 Unit than anything else, but there is a definite distancing of sorts from the twang that made Amanda famous. This is a good album that is absolutely worth the listen, as is most everything Shires has put forth so far, but it will also absolutely (and rightfully) be viewed as a departure of sorts.
Recommendation: Good, but might not work for everyone. 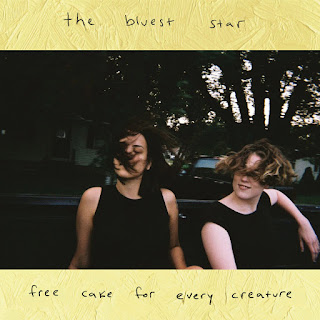 Artist: Free Cake for Every Creature
Album: The Bluest Star
Quick Description: Buzzworthy release from the indie folk pop act.
Why You Should Listen: They're good anyway, and this is really fun.
Overall Thoughts: There’s a reason why this group, while not doing anything especially new, has charmed so many people. This is a fun, peppy little indie folk thing largely in the vein of some of the anti-folk stuff of last decade while being much more sincere. This is a solid listen that most people would probably like to some extent.
Recommendation: Give it a shot.

* Moody Beaches - Weird Friends: Maybe my favorite "album" of the week, a seven song affair with infectious harmonies to go along with the clear anger lingering behind a lot of the songs. If the first song doesn't grab you, I'm not sure what will - this is a brilliant listen.
* Sinjin Hawke and Zora Jones - Vicious Circles: This is a really fun electronic record. Different in a lot of ways from Fatrat or Haufff, but that's okay. IT's really a weird, distortive listen with a real Aphex Twin feel in some regards.

* Lucero - Among the Ghosts
* James - Living in Extraordinary Times
* Spider Bags - Someday Everything Will Be Fine
* Travis Scott - ASTROWORLD
*
Posted by Jeff Raymond at 7:30 AM