Rianne Downey - "Do or Die" 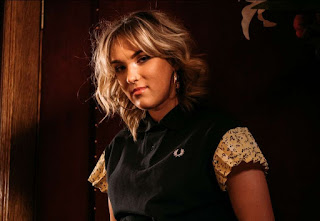 Glasgow's Rianne Downey has one of the most unique styles you've heard in a long time. Her latest single, "Do or Die," is a straight out pop song. It may sound more like the more organic indie pop/folkish sound that Taylor Swift has been dabbling in of late, but there's no denying that it's pop. But her voice is what sets it apart. She has the voice of a classic country crooner, as if Dolly Parton or Patsy Cline was singing a 50's torch song. It's a gorgeous combination that elevates the song to a level that even anti-pop snobs (aka: Me) aren't going to be able to deny loving. And not secretly loving, either.

“Why wait for tomorrow? There’s been times when I have really wanted to do this, but not wanted to fail. At the end of the day, there’s no option but to. ‘Do Or Die’ is about getting to the point of trying. Now is always the right time.”

You can watch the video for "Do or Die" below. The single is out now via Run On Records in association with Modern Sky. For more on Rianne Downey, be sure to check her out on Twitter and Facebook.