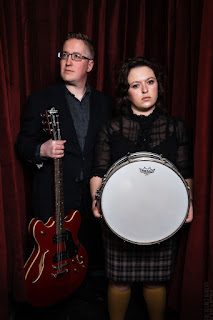 Last week we brought you the debut single from Massachusetts based rockers Phantom Ocean. We discovered that one late, so we already have a second single to bring you! "First & Always" sees guitarist Drew Smith take over lead vocals, and this one is a rocker. It's a discordant as hell song that seems to threaten to explode but never quite does. It has guitar work reminiscent of Mission of Burma and Shellac with Smith's howling vocals wailing above, giving the song a bit of a break out grunge feel. It's not a fully comfortable song to listen to, but that's what makes "First & Always" such an interesting listen.

In a press release, Drew Smith says of the new single:

“This is one of the most personal songs I’ve ever written.  I don’t like the idea of putting my sexuality front and center in my music, but if I didn’t write from the heart, I’d be cutting the truth out, which is a mortal sin as a songwriter.  ‘First and Always’ is raw and true for me; it’s about realizing who I was in the repressive environment that I grew up in, coming to terms with that, and not letting the rosary beads tie my hands any longer.  We decided to release this in June because for me, it’s a song about coming to terms with yourself and being able to have pride in who I am.”

You can listen to "First & Always" below. The single is currently available via Bandcamp, with the EP Secondhand Ghosts due in September. For more on Phantom Ocean, check out the band's Facebook.