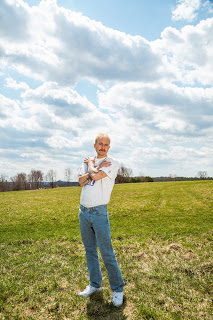 Whenever I bring you a new song from Izzy Heltai, you know he's just going to knock it right out of the park. I always write that it's a mainstream style folk song that has just that certain something that is still going to suck in more indie leaning folk fans. And "Give It a Try" nails that. It's an upbeat sounding folk song that could easily stand up with the best from Delta Spirit or Dawes. Plus, "Give It a Try" adds some horns which really brings the song to a new level. It's truly such a perfectly written and arranged song that anyone who tells you they don't like it is flat out lying to you.

In a Bandcamp post, Izzy Heltai says of the song:

"On the surface, this song is about someone I was involved with romantically who didn’t know what she wanted. She wasn’t self aware enough to end it, so I was forced to walk away no matter how much I loved her and how much it hurt. I wasn’t getting what I needed and I wasn’t being treated fairly."As I’ve thought about it more and more, this song is about so much more than that."I have been privileged in my life, to be surrounded by some of the greatest friends, family, and support system a person could ask for. People who have shown me how much I’m worth, who have shown me what it means to treat a person well."This song is for the people in my life who gave me the strength and perspective to walk away. The people who have shown me, time and time again, I will never actually be alone because I am surrounded by their love and kindness every day."

You can watch the video for "Give It a Try" below. Day Plan (5 Songs Written 4 the End of the World) is due out July 23. For more on Izzy Heltai, check out the artist's website.

Email ThisBlogThis!Share to TwitterShare to FacebookShare to Pinterest
Labels: day plan (5 songs written 4 the end of the world), give it a try, izzy heltai, Ken Sears