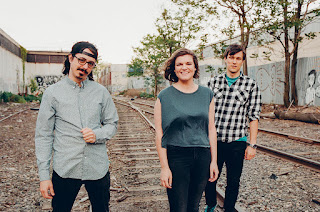 While writing about music, you want that great band backstory of how a band formed years ago, and has been playing shitty gig after shitty gig, and now after years and years of hard work are finally getting their big break. Well, welcome to the digital age and discovering great bands five months after they form.

Hailing from Queens, NY, Ransom Pier formed in February of this year and already have an absurdly good single out. "Turn Your Head" is the tale of randomly spotting an ex at a bar and wanting them to notice you. It reminds me a bit of Treat Her Right's "I Think She Likes Me." Singer Hayley Harrington's voice gives this great bluesy touch over a sparse but still rocking roots track. It's perfect for fans of Lake Street Dive that want a little more grit in their music.

Listen to "Turn Your Head" below. You can also check out Ransom Pier on Facebook, Twitter, and their own website. Their debut EP is due in August. You'll find some Northeast live dates below.