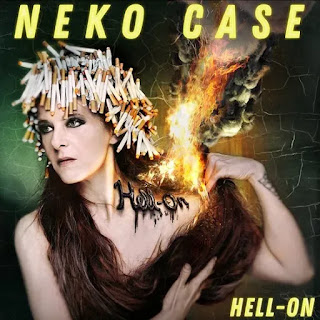 Neko Case has been at it for over two decades now, and continues to put out some incredibly essential music. Her latest, Hell-On, continues with the mood that we’ve become accustomed to – dark and brooding in many ways, but still feeling bright in others. Probably the best effort she has put together since Fox Confessor (and she doesn’t have a bad effort in between), both thematically and musically this just excels on all fronts.

Whether it’s an almost 1960s/70s pop song like “Bad Luck,” or the Crooked Fingers “Sleep All Summer” cover (featuring Eric Bachmann on his own song), the whole album has that sort of strange, otherworldly feel that Case does so well. Maybe the best, most complex track, however, is “Last Lion of Albion,” which is mythical and musically weird and incredibly ambitious. Early in the record, it sets the tone for where we’re headed and really sets us up for one of the best of the year.