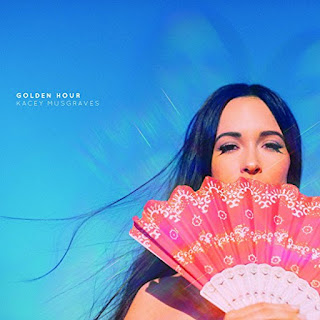 I realize that I have nothing special to say about Kacey Musgraves that hasn’t already been said, nor do I have anything especially unique to write about Golden Hour than anyone else has. Sometimes, an album simply hits the overall zeitgeist and we see the years of toil and the occasional identity crisis come to fruition in an effort that spans multiple genres and refuses to be pigeonholed. One could have forgiven Musgraves for scaling back and doing a back-to-basics country record given the criticism she has taken over the years; she instead decided to mix it up and acknowledge her roots while doing something a little more risky. It works. It more than works.

Everyone was rightfully thrown off by country disco song “High Horse” (even if it’s still a jam and a half) but the joys of this album come from songs like “Space Cowboy” and “Velvet Elvis,” two examples of which feel like what a modern country song should feel like, as opposed to the stereotypes we’ve all internalized in the mainstream. While artists like Taylor Swift work to shake the country off of their image, Musgraves instead appears to be taking the mantle and using it in a whole different way, and it works better than anyone could have predicted.