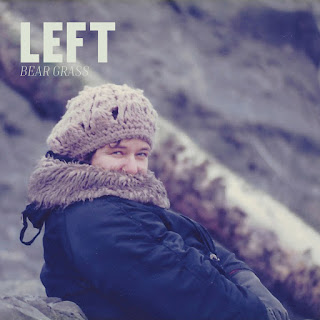 Ken sent me this one at some point out of the blue, noting that he nearly said it was “guaranteed to be in your 2018 top 10” but wanted to temper my expectations. He told me this after I sent him a text noting that I was in love with this album two songs in. That’s the sort of experience Bear Grass is, in that it sneaks up on you, gets its claws in, and does not let go. While this is not a debut (lead singer Katie Hammon has been recording under the moniker since 2011 but this is the first wide release available), if there is anything like it out there, I have yet to find it.

“Wash Over Me” is one of my favorites of the year, being a little more upbeat but maybe not as representative as “Snake in the Grass” or “Unawake,” two early tracks that set the tone. Although I could go on indefinitely about “Winter Caps,” which was positively transcendent when I first heard it and still gives me goosebumps in the opening chords through the first iteration of the chorus. And then there's "Clock in the Corner," and then there's "Shadow on the Wall," and then you have a gorgeous and lush finisher in "Sail Out," and at this point I'm listing every song because each one did... something for me.

Not only was this my favorite album this year, nothing else really came close. It’s that good. Just listen to the whole thing. You won't regret it.