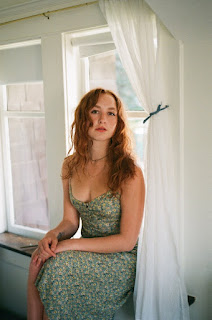 With the Green River Festival returning August 27-29, we're going to highlight some of the lesser known artists playing that we're most excited to see. The bottom of the poster at any festival contains some gems you don't want to miss, and especially so this year at Green River!

If you've been paying any attention to If It's Too Loud... over the past few months, you've probably noticed that I've become completely enamored with the music of Bella White. The twenty year old artist originally from Calgary but now Nashville based does this amazing blend of classic mixed with modern Americana. Her vocals are completely mesmerizing, and even if you just kinda like folk or bluegrass her 2020 album, Just Like Leaving, is going to quickly become an all time favorite. Pus, she's been releasing a series of bedroom recorded covers, which are totally our thing here. She's just such a compelling performer, and I've been excited to one day see her perform, so I was thrilled to see she was playing Green River Festival this year.

When Green River released their schedule last week, I was a little disappointed to see that Bella White was opening on the main stage. It's a tough slot, with many festival attendees not having arrived, and the majority of the ones that have still milling around and trying to get their bearings. However, if anyone is going to get them to pay attention, it's going to be White. Upon further examination of the schedule, and I was thrilled. White will also be playing the Artifact Cider Stage at 6:40 pm, meaning I'll be able to see her perform twice in the same day!

Bella White is playing Saturday at the Green River Festival. Unfortunately, only Sunday tickets remain, but you can purchase yours and get more info at www.greenriverfestival.com.