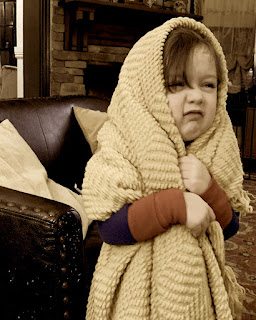 Sapling released one of my favorite albums of last year with No Sequoia, and now they're back with a new full length release. The Apocalypse Musical is a slightly odd choice for a follow up release as seven of the twelve songs are listed as demos which is very Sebadoh of them. (Seeing as Jason Lowenstein produced No Sequoia, that tracks.) Some songs definitely have a home recording/demo feel, but others are fully built giant tracks.

"Antisemantic" leads off the album. While it's a demo, I have literally no idea how it wouldn't be a fully produced single. It's a great follow up to their previous album. "Antisemantic" is a loud, noisy punk song. It has all of the mocking attitude that made me fall in love with Sapling, but somehow revved up even more. After finally seeing the band live earlier this month, I realized how much of a master of noise Amber ToiletFire Tortorelli is, and this song showcases that masterfully. "Hatchet Dutiful" mellows out a bit, but keeps the edge and noise intact. "Age of Icarus" is listed as a "bass and vox" demo, and this is the first song that sounds like a demo. This one will remind you of early Lou Barlow Sentridoh home recordings. The album takes an unexpected turn with "The Lion, The Witch, and The Kabbalist" which is three and a half minutes of just mellow guitar. The noise comes back with "Cacti Galacti" which has both the groove and aggression of Geffen era Sonic Youth.

The Apocalypse Musical might not be as cohesive of a release as No Sequoia was, but it's an interesting musical exploration. I love hearing a band expand on their sound and feel free to release experimentation. Seeing as Sapling are experimental on their more mainstream releases, this one goes way off into left field at times. In this case, it's a fabulous direction.

You can listen to "Cacti Galacti" below. The Apocalypse Musical is available now via Bandcamp. For more on Sapling, check out the band's brand new website.