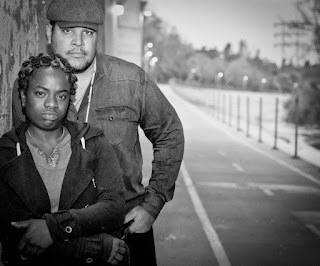 Musically, the latest single from the duo of War & Pierce is one of the most pleasant singles you've heard in a while. "Mercy" is a smooth folk and soul song that features Sunny War and Chris Pierce at their absolute best. It's a beautifully chill track that has a little intensity underlying the song. It's reminding me quite a bit of Marvin Gaye. Also, like Gaye's best work, the smoothness and sonic appeal of the song is in stark contrast to the message within the lyrics. It's a song about police brutality where the duo pleads about just wanting some mercy.

Chris Pierce explains the message behind the song:

“Our new single ‘Mercy’ deals with the constant resilience required by people of color in the United States and beyond. It recollects real-life situations while demonstrating that in life and death situations there remains no assurance that mercy will be shown or even considered on those targeted. It challenges those who target human beings based on race and intolerance to not live in fear and not make decisions based on fear.”

You can watch the video for "Mercy" below. War & Pierce will be releasing a new album in the Spring of 2022. For more on War & Pierce, check out the artist's Twitter.