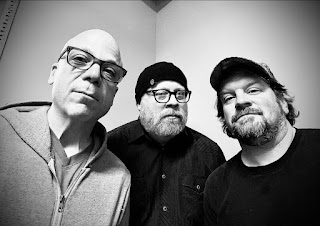 Can you be nostalgic for a band you've never heard of? Chicago's LOTEC (formerly Land of the El Caminos) haven't released new music since 2001. They've played a few reunion shows recently, but "All the Ways" is the band's first new song in over twenty years. Despite never having heard them before, LOTEC sound like the soundtrack of my college years. It's jangly guitar rock with some serious pop sensibilities. According to the press release that accompanied the song, this is for fans of Superchunk, Guided By Voices, Dinosaur Jr, Built to Spill, and Foo Fighters, which pretty sums up my college years quite well. This is the mid to late 90's when indie rock learned how to write some killer hooks and catchy songs just in time to go back underground.

“Some of these songs were ones that we started to work on when the band hit pause around 2002, some are brand new while others were ideas I had started for a solo record that never materialized. That said, they all work well together on this album, and we were all so excited to record them. It’s definitely a new start for the band.”

You can watch the video for "All the Ways" below. Squares is due out February 3. For more on LOTEC, check out the band on Facebook and Instagram.

Email ThisBlogThis!Share to TwitterShare to FacebookShare to Pinterest
Labels: all the ways, Ken Sears, land of the el caminos, lotec, squares