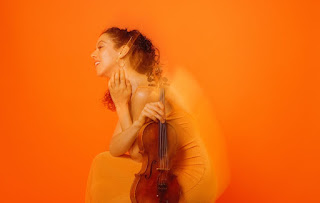 Lily Henley's upcoming album isn't just about the music. The songs on Oras Dezaoradas highlight the Ladino language, which fuses old Spanish with Hebrew, Arabic, and Turkish elements, and is spoken by less than one hundred thousand people today. The album is composed of Sephardic Jewish ballads set to new melodies. Sephardic Jews were expelled from Spain during the Spanish Inquisition and moved throughout North Africa and the Ottoman Empire. "Morena Me Llaman" is an example of what to expect from Henley. It's unlike anything we've brought you in the past despite being rooted in a traditional folk sound. Aside from just being a beautiful song, listening is culturally important as well. Even if world music isn't traditionally your thing, you owe it to yourself to give this a shot.

In a press release, Lily Henley talks about her new album:

“There are so few young musicians in this song tradition, and, to me, doing an album of the old melodies, re-recording what people have already recorded, didn’t make me excited. This feels inspiring because I'm creating music that feels really authentic and original to me and I’m adding to this tradition that is very endangered.”

You can watch a live recording of "Morena Me Llaman" below. Oras Dezoaradas is due out May 6 on Lior Editions. For more on Lily Henley, check out the artist's website.