Simon and the Astronauts featuring Rachel Haden - "I Do" 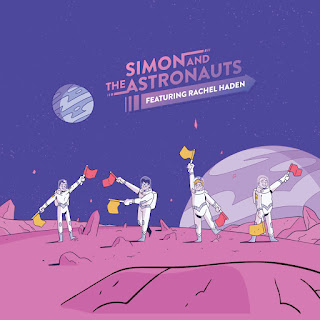 When I first listened to "I Do," the latest song from the collaboration between Simon and the Astronauts and Rachel Haden, I was smitten by how much it sounded like pure Rachel Haden. It sounded like early that dog. mixed with the melodies and later that dog. Turns out the song pre-dates Haden's 90's band!

Simon Wells explains the origins of the song:

“This song was initially a sketch written by Rachel Haden when she was just a teenager, before she started That Dog and took on global, post-grunge counter cultural status. It is a meeting of minds, the clarity of Rachel’s idea and the complexity of the Astronauts to make a Cocteau Twins soundscape.”

"I Do" is an insanely gorgeous power ballad. It starts off with just Haden's vocals and a guitar. You almost forget just how powerful her voice can be until it gets a showcase like this song. The song slowly builds in instrumentation, eventually swelling into an epic complete with one of the greatest 90's style guitar solos done this century. It's all a mix of gorgeous harmonies and would have been the closing song on your favorite album from 1996.