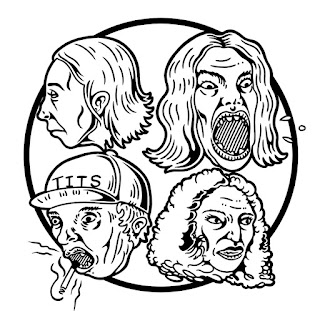 Buckle up on this one, because we're gonna have to get a little name-droppy. I absolutely loved The Bobby Lees' Jon Spencer produced 2020 album Skin Suit. This time around, the band have signed with Mike Patton's Ipecac Records, and were signed by A&R rep Henry Rollins. Does the band need any more indie cred?

"Hollywood Junkyard" keeps everything I loved about Skin Suit. It's still punk rock meets garage blues, except the punk is amped up well past eleven. Plus, if you're even slightly familiar with Ipecac, you know that The Bobby Lees are going to have to crank up the noise, and they do. "Hollywood Junkyard" is a wonderfully intense song. It's a little more straight ahead rock and roll with a fair share of metal than I would have expected, but it's still loud and more than a little odd. If you also loved their last album, you're going to adore this new song.

Sam Quartin of The Bobby Lees explains the new song and video:

“The video is a general commentary on our current culture and its obsession with the external, and trying to be famous by any means. The world of TikTok and Instagram feels like a trap for most of us, so we try to stay away from it as much as possible and instead focus on what you can’t see. Lyrically, the song is about an experience I had during a psychotic break when I thought a star shot into my body. After that I started acting - I was told I didn’t look right and couldn’t ‘make it’ in entertainment without a gimmick or a look. But despite that, I got cast in a few films and was exposed to some amazing people, also some pretty shitty people and situations. The story of the video comes from what I witnessed. People in power manipulating others to do whatever they thought was best monetarily, not what was best for their artists health and well-being. I guess that's true for a lot of things. The end result of money, fame and success being more important than truth, love, and sanity.”

You can watch the video for "Hollywood Junkyard" below. (The song kicks in around the 3:20 mark if you're in a rush.) Hollywood Junkyard EP is due out June 17 on Ipecac Recordings, and can be pre-ordered here. For more on The Bobby Lees, check out the band's website.