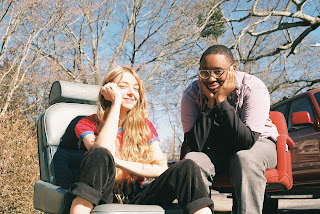 It's been a little while since we've heard from Mamalarky, the current project from Livvy Bennett (ex-Cherry Glazerr). Now they're back with a new collaborative single with Benét. While Mamalarky's 2020 self-titled album was a blend of indie rock and psychedelia, "Will I See U?" is decidedly more laid back. It's more of an indie R&B cut with plenty of psychedelic flourishes throughout. We don't typically associate R&B with psychedelia, so this song is a refreshingly new sound that isn't quite like what we typically cover here. Despite that, there is a lot here for readers of If It's Too Loud... to love, and it oddly fits right in our wheelhouse!

"The song is about the people in my life where our relationship exists mostly in the bounds of my imagination. For various reasons, they feel so unattainable. Maybe we’ve drifted, they live far away, or maybe they don’t see anyone much at all anymore. And some people really just don’t want to give you the time of day and that’s fine too! The song is basically me being frustrated at how badly I want to be around someone that doesn’t reciprocate, so I’m left wondering."

You can listen to "Will I See U?" below. The single is out now via Fire Talk Records and Bayonet Records. For more on Mamalarky, check out the band's website. For  more on Benét, check out the artist's Instagram.