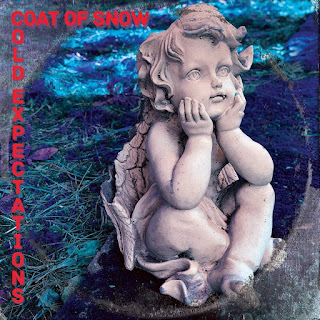 The last time we brought you a new song from Boston's Cold Expectations was "Summer Dress" back in May 2021, which we called "... a perfect, laid back summer song." Now they've decided to take on winter with "Coat of Snow." The new single is still laid back although a bit upbeat as well. It's a jangly pop rock song that has a bit of a sonic chill to it despite being mostly warm sounding. The chill is mostly in the keyboards with the warmth coming from fuzzy guitars and wonderfully harmonized vocals. With that dichotomy Cold Expectations may also have perfectly captured the spirit of winter and the holidays in Boston.

Despite the jingle bells towards the end, this is definitely not a Christmas song. Songwriter Steve Prygoda explains the song via the YouTube description:

"It’s a pseudo-holiday song. I wanted the lyrics for ‘Coat of Snow’ to capture the soft, almost tender-hearted feeling that arrives in the small pocket of days between Christmas and New Year’s. For some, it’s a week-long hangover as we await the next party; for others it’s a reflective time as everything winds down to a crawl, with the anticipation of a fresh new start at our doorstep. The year is basically over, but the new one’s not yet begun, so we’re all just sort of floating around."

You can watch the video for "Coat of Snow" below. The song is available as a single via Red On Red Records and can be found over at Bandcamp. For more on Cold Expectations, check out the band on Facebook.