Grey Factor - "You're So Cool" 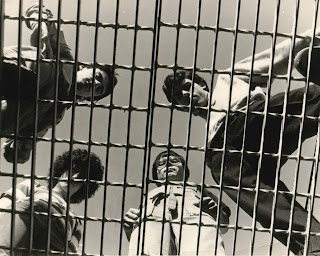 Grey Factor are/were a legendary Los Angeles synth punk band from 1978 to 1980. They recorded two EPs that were never released and then disbanded. They've long been one of those bands you didn't know if they were real or not, but next month they are finally getting an official release.

The first song off the upcoming compilation, "You're So Cool," is gloriously sweet vintage synth punk. It definitely has an early Depeche Mode and Ministry sound, although the recordings came before either of those bands. It's almost fully instrumental except for some vocalizations towards the end. It's a hacky but completely true thing to say, but "You're So Cool" is an impossibly cool song. It's pretty mind blowing to hear in 2022, so I can't imagine what it was like forty years ago.

You can listen to "You're So Cool" below. 1979-1980 A.D. - Complete Studio Recordings is due out January 27 on Damaged Disco, and can be pre-ordered through Bandcamp. For more on Grey Factor, check out the band on Facebook and Twitter.