Rianne Downey - "Devil's Gonna Get You" 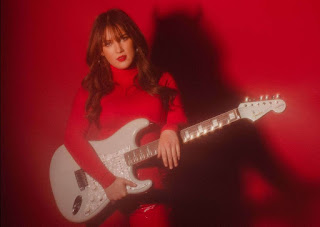 Upon listening to the latest single from Rianne Downey, the last two things you'll guess are that she's from Glasgow and she's only twenty-two years old. "Devil's Gonna Get You" is pure Americana. It's a glorious mix of old fashioned country and soul with just enough of a modern twist to not be old timey. And then there's Downey's voice. It might not have that world weary sound we associate with classic artists, but she also doesn't sound as young as she is. This is the textbook sound of "honey-voiced," and she has that kind of voice that reveals someone that's lived a life. Not that "Devil's Gonna Get You" is a downbeat song. It's refreshingly upbeat and quite fun sounding. Rianne Downey is going to be an artist we'll be watching closely from here on out.

“The song was born out of a hangover for the ages! It’s a song about over indulgence and facing the consequences of your actions, when ‘the fear’ hits you and the demons are in. You’ve traded a few hours of numbing the pain with alcohol for mental torture. There was nothing more positive to do than to take my pain and turn it into something good. This song is a reminder that the pain doesn’t last even if we choose to do it to ourselves again.”

You can listen to "Devil's Gonna Get You" below. The single is out now on Run On Records in association with Modern Sky. For more on Rianne Downey, check out the artist's Facebook and Twitter.