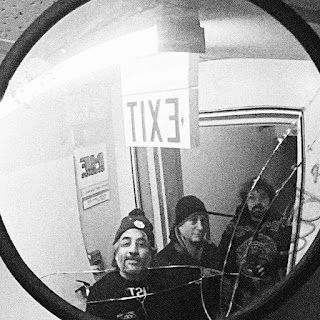 Hailing from New Jersey, Cathedral Ceilings are a relatively new band made up of punk veterans. Their new song, "Addition By Sedition," is definitely a punk song despite how melodic it is. It's more of a combination of melodic punk and straight up rock and roll. The song is dripping with the attitude needed for a punk song, but one that just flat out rocks. I kinda hate to say something like this, especially since they're from New Jersey and all, but this is what Bruce Springsteen would sound like if he fell into punk and decided to go stadium rock with it.

Ralphie Malanga of Cathedral Ceilings says about the new song (and we're pretty sure you can guess who it is about!):

"I like to save political arguments for social media or family gatherings. So it's really rare for me to get political in a song.  But you can argue that this song isn't political at all. It's just about a decrepit human, who might see a jail cell soon."

You can listen to "Addition By Sedition" below. Summer of Misguided Dynamite is due out May 27 on Dromedary Records, and can be pre-ordered through Bandcamp. For more on Cathedral Ceilings, check out the band's Facebook.