The Cocker Spaniels - "Nobody Wants to Play Last" 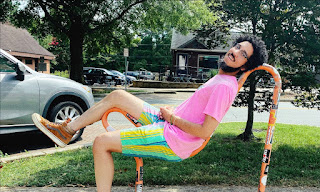 The Cocker Spaniels, aka Sean Padilla (our favorite booking agent, dad, and multi-instrument musician), has released a new single, and it may be the greatest song about booking agent problems ever recorded. "Nobody Wants to Play Last" is mostly about... nobody wants to play last at a gig. It brings in Padilla's trademark Prince meets Guided By Voices sound. This one leans a little bit more toward Prince in his more winking/humorous type of songs, but a lo-fi indie rock version. Which is just as bad ass at it sounds.

In a press release, Sean Padilla says of the new song:

"From the spring of 2014 to the beginning of the pandemic, I supplemented my household's income by working as a booking agent for touring artists of various genres. This song was directly inspired by my experiences as a booking agent, and the lyrics summarize most of my grievances about the live music industry.This was one of the last songs that I recorded for the album. The drums were recorded in one take, while my toddlers were in the room with me. I sat them on the opposite side of the music room, then gave them art supplies to occupy themselves with while I played."While I was practicing the lead guitar part, Layne texted me the news that Derek Chauvin had been found guilty of murdering George Floyd. I took a few minutes to cry, then recorded the part in two takes."

You can listen to "Nobody Wants to Play Last" below. The Cocker Spaniels Are Still Alive, and So Are You is due out August 13. You can pre-order the album over at Bandcamp. For more on The Cocker Spaniels, check out the artist's Facebook.