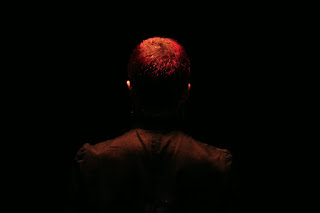 "‘Switch' is the most honest documentation of my psyche in 2020... a messy and perverse mental excavation. In its dual moods, the song represents the complexities of coinciding grieving processes — my mother passing suddenly before tour, ending a five-year relationship, leaving a band, and learning that my city and industry would be on an indefinite hold.”

You can watch the video for "Switch" below. Queen of the Mall is due out September 10 on Brace Yourself Records. For more on Flossing, check out the artist on Instagram and Bandcamp.